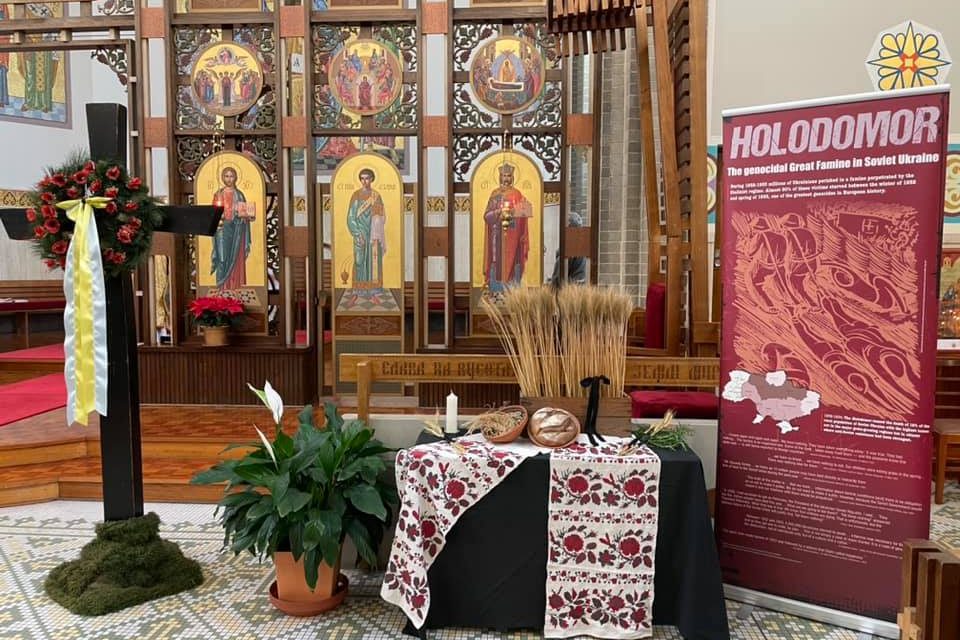 This year, Ukrainians around the world remember that 87 years ago in 1932, the former Soviet Union perpetrated one of the most terrible events in Ukrainian history. A man-made, artificial famine which we call the Holodomor was unleased in Eastern Ukraine.

Over seven million Ukrainians perished in just two years. This tragedy was at first very effectively covered up by Soviet officials, but the truth came out eventually. Today very many countries officially acknowledge that the crime happened. It was just another example of what happens when people lose their human rights and religious freedom.

The last of the survivors are now in their 90s but there are very many children and close families who continue to witness to the fact and share the memory of what happened.

On 29th November, the Ukrainian community of Melbourne gathered at the North Melbourne Cathedral with 20 survivors’ children present. His Honour, Mr. Mykola Kulinich, the Ukrainian Ambassador to Australia, was present. Emotions were high as Bishop Peter Stasiuk, Fr. Brian Kelty, Fr. Peter Struk and Deacon Michael Zylan led the liturgy and the Panahyda at the end of the ceremony.

Mr. Stefan Romaniw shared how people around the world in many countries are now acknowledging what had happened in Ukraine.

Mr. Kulinich spoke on behalf of the Ukrainian government, stressing that remembering the event, was a major step in preventing any similar event in the future.

Tatiana Zachariak, a child of a survivor, shared her grief of the Holodomor as she witnessed it in the life of a survivor.

Juliana Moravski remembered the Holodomor from the point of view of her grandmother.

As Mr. Kulinich remarked, millions of people suffer from the memory of this horrible event.

Mr. Stefan Romaniw announced that a museum is now being built in Kyiv to honour the memory of the victims.

Bishop Peter and Fr. Brian, in their homilies, shared the Christian perspective of this sad moment in Ukrainian history. (Homilies can be read on the church’s website.)

At the conclusion of the commemoration, Mr Kulinich presented Bishop Peter with a certificate of gratitude for his service to the Ukrainian people. 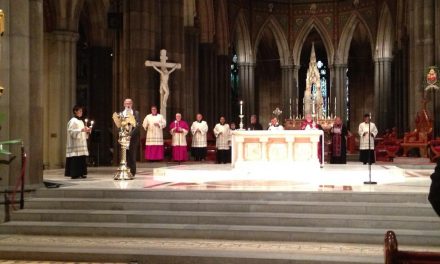 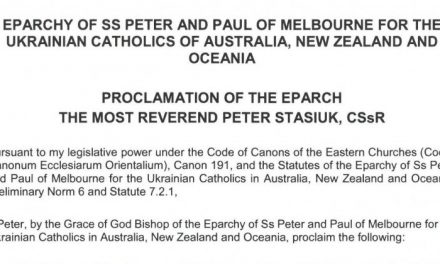 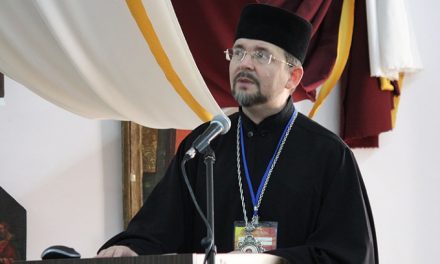