December 12th, 2012, ended without incident, well sort of, a lot of people were exposed as uninformed about The Bible, the Church and what Jesus Christ said. In Ukraine, business men made a lot of money selling candles and around the world many people spent much money building bunkers and buying supplies!

I could never understand what good a candle would do or living in a bunker would achieve, if this world had come to an end?

In Matthew 24:42 we read “you cannot know the day your Lord in coming.” So if someone says that the world will end, as they seem to do almost every year, you can be very certain that it will not end on this day. Rest assured the world will end. Everybody should know that. Jesus says as much in Matthew 24:14. The question is when? That is why Jesus tells us to be ready all the time, because no one knows when this will happen. We should all live as if each day is our last. Jesus says “you must be prepared:” Matthew 24:44.

The Vatican has a Papal astronomer. At this time it’s Father Jose Funes S.J. He, like the American space agency (NASA) both said that the world would not end last year. Both furthermore agree that the world will end, eventually, providing that God does not decide to end the world sooner. The world will not exist for more than another 3 and a half billion years.

You see, the world’s end is linked to the evolution of the sun. The sun was formed about 5 billion years ago and scientists estimate that there is only enough heat in the sun for another 3 and a half billion years. The world will eventually cool down and be swallowed up by the dying sun. Our whole solar system is doomed as well. The world will come to an end because it has to – scientifically.

That is not the only way the world can end. We recently heard about the space debris which injured a thousand people in Russia. There are bigger rocks out there. Any of them could hit the earth and we could be destroyed.

Fr. Fumes recently said ‘as the Gospel says, “the Kingdom of God is at hand” and Jesus offers humanity “the opportunity to become immune to every upheaval, to every killer asteroid or gobbling sun, by seizing his saving word that does not change.”

If we have put all our faith into the world or creation, then we have reason to fear. There is only fear and uncertainty in that. Much as we saw on December 12, 2012.

The church has always repeated the word of God that we are headed to a good future, it is not in this world, but with God in eternity. Eternity is not linked to the solar system. 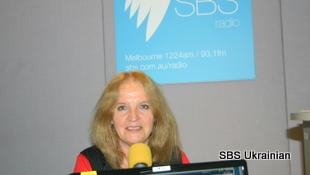 Marusia Yarotska tells about her trip to Ukraine 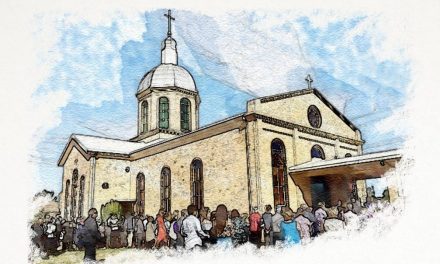