The first migration of Ukrainians to Australia began after WW11, at the end of 1948 and early 1949. In the main they were people who were forcibly taken by the German occupiers of Ukraine to work in Germany during the war and who were interned in American Displaced Persons camps after the war. They could not return to Ukraine, for fear of being executed by the new Soviet/Communist regime. Having arrived in Australia, to a strange new home, they could not survive without their native faith and culture. So, these industrious migrants went about organising structures that would make them feel at home. Having no financial resources of their own initially, they borrowed or rented.

The Ukrainian Catholics were assisted by the Roman Catholic Church in providing a place of worship at St. Augustine’s Church in Bourke Street Melbourne. It was here that the choir had its beginning in 1950. Approximately 20 members led by their conductor Oleksander Kucil, rehearsed in the Church hall and sang the Holy Liturgy on Sundays. At Christmas and Easter the choir sang the Holy Liturgy at St Patrick’s Cathedral. In 1963 the Ukrainian Catholic community erected its own Cathedral, in the Byzantine style in North Melbourne which became the new home of the choir. By now the number of choristers had swelled to about 70. In 1995 age and cancer caught up with Oleksander Kucil and he handed over the choir to Marian Kostiuk, who had arrived from England 20 years earlier and was a member of the choir. Marian Kostiuk had conducted Ukrainian choirs in England and upon his arrival in Australia conducted the Ukrainian choir “Cheremosh” and the Ukrainian Veteran’s Choir which he was instrumental in forming. Cancer cut short the career of Marian Kostiuk in May 2000. In December 2000 the newly arrived from Ukraine, at the invitation of Bishop Peter Stasiuk, professor Volodymyr Holovko continued the work of his predecessors.

During its 55 year existence the choir has sung the Holy Liturgy twice a month. It has also performed at a variety of concerts organised by the Parish Council to celebrate special Feast Days, Jubilees and community events. The choir has also sung at many weddings. More recently the choir has sung the Holy Liturgy at St Patrick’s Cathedral to celebrate the 50thanniversary of the Ukrainian Catholic Church in Australia. At the Ukrainian Catholic Cathedral, the choir has performed concerts to commemorate the Passion of Christ, the Holy Virgin Mary and sung Christmas Carols.

All video you can find in Eparchy WEB TV 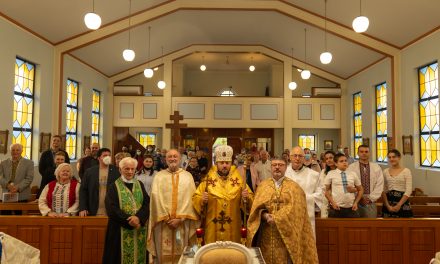 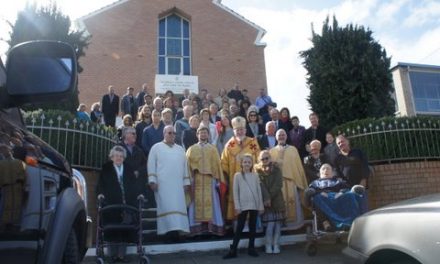