A delegation of nine Australians attended the Sixth Patriarchal Sobor of the UGCC from the 25th to the 27th August 2015 in Ivano-Frankivsk in Ukraine. The program ran from early morning with the celebration of Hierarchical Divine Liturgy and concluded with Vespers each evening. The remainder of the morning was taken up with keynote addresses—the simultaneous translation was of great assistance. The afternoons were given to various breakout groups—this time personal translators kept one up to speed by translating from Ukrainian to English and vice versa.

All six topics of Vision 2020 were addressed in prepared papers, but here I want to pay particular attention to the first topic: the Word of God and Catechesis (Kerygma). More precisely, I will give my attention to the understanding and implications of the Word of God. My source is the excellent keynote paper delivered at the sobor by Fr Taras Barashchevskyi of the Catholic University of Ukraine. His paper is entitled, PROCLAIMING THE WORD OF GOD: Actual Situation (Statistics), Challenges and Perspectives in the Light of UGCC Priorities. This is the foundational issue for Vision 2020; the five remaining issues of Vision 2020 derive from the priority of the proclamation of the Word of God and catechesis.

The Word of God finds its theological basis in Divine Revelation. The disclosure of who God is made known to us in the Revelation of the mystery of the Trinity. As the second Vatican Council put it, “This sacred tradition, then, and the sacred scripture of both Testaments, are like a mirror,  in which the Church during its pilgrim journey here on earth, contemplates God, from whom it receives everything, until such time as it is brought to see him face to face as he really is” (Dei Verbum, 7). The catechism, Christ Our Pascha resonates well with this conciliar text in stating that, “This revelation is embedded in Holy Tradition and Holy Scriptures of the Old and New Testament and is entrusted to the holy Church, which proclaims, interprets and teaches authoritatively about it. The Church encourages everyone to get to know God so that while reading and listening to God’s Word one may daily live with it. God’s Word grows inside us like a seed in good soil, enlightening us and leading us into the mysterious deepness of God’s life.”  The three actions named in this citation: “to read to listen and to live” correspond to three objectives of the Church, “to announce to interpret and to teach”. Hereby we are given a structural explanation of the catechetical life of the Church. Without reading, listening and living daily with the Word of God, the Church would be simply incapable of announcing, interpreting and teaching in order to lead the faithful into the mysterious depth of Divine life.

The living Word is not a thing but a person which the Church preaches so that that very Word lives in people’s hearts. According to the second Vatican Council the Word of God becomes in some way visible and possible to touch. “The ministry of the Word, too—pastoral preaching, catechetics and all forms of christian instruction, among which the liturgical homily should hold pride of place—gains healthy nourishment and holy vitality from the word of Scripture” (Dei Verbum, 24).

It may then be said that the Word becomes a reality in theology, tradition and liturgy which serve the Word, as stated, by pastoral preaching, catechetics, and all Christian instruction. Over the last fifty years this teaching has gradually penetrated the mind of the Universal Church. Much of that is thanks to the Petrine ministry of Popes Blessed Paul VI, St John Paul II, Pope Emeritus Benedict XVI and currently Pope Francis who have proclaimed a consistent biblical theology in many documents. The two outstanding documents are both apostolic constitutions, the first, Evangelii Nuntiandi (1975) penned by Paul VI and the other Evangelii Gaudium (2013) by Francis. There is a golden thread which runs through these two letters, but the following line cements their intimate connection: “Modern persons would rather listen to witnesses than to teachers: and if they listen to the teachers then it is only because they are witnesses”.  The importance of the witness is initially the teaching of Paul VI, but it is taken up again consistently by Francis, who paraphrases it in his letter (paragraph 150).

During this sobor Lectio Divina which is a time honoured means of reading and praying the Bible on a daily basis, was commended many times. The 1993 document of the Pontifical Biblical Commission explains, “Lectio Divina is a reading, on an individual or communal level, of a more or less lengthy passage of Scripture, received as the Word of God and leading, at the prompting  of the Spirit, to meditation, prayer and contemplation” (The Interpretation of the Bible in Church, p. 126). This connects well with the biblical apostolate which has as its aim to help people to understand the Bible as the Word of God and the source of life.

The proposals which came from Eparchial sobors may be summarized under four headings:

In conclusion it was noted that our liturgy is full of Biblical texts. We must do all we can to exploit the rich resource which is the liturgy of the Byzantine tradition. 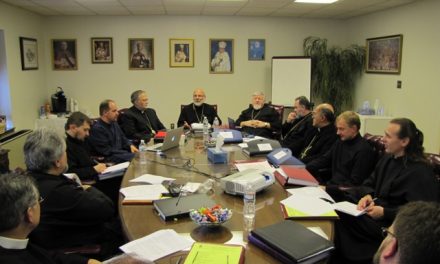 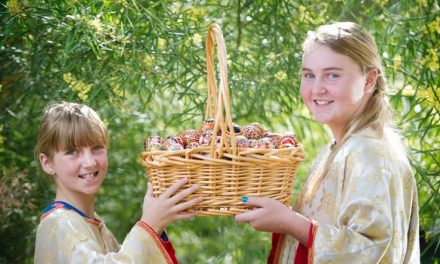 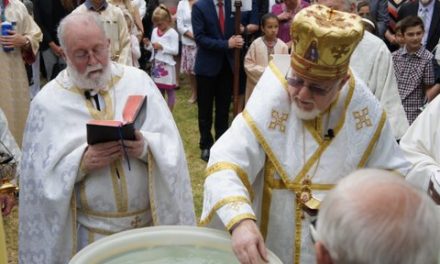 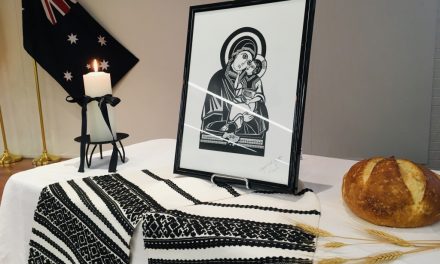