In an address delivered at Rice University, Houston, Texas on the 12th of September, 1962, the then President of the United States, John F. Kennedy, publically challenged the Soviets to a ‘Space Race’. In this address Kennedy declared that the goal of the United States would be of landing a man on the moon by the end of the decade. Kennedy knew that some would question the expenditure that this would involve, and so in his speech he pre-empted the negative choruses by saying that: “Many years ago the great British explorer George Mallory, who was to die on Mount Everest, was asked why did he want to climb it. He said Because it is there. Well, space is there, and were going to climb it, and the moon and the planets are there, and new hopes for knowledge and peace are there.” (Public Papers of the Presidents of the United States: John F. Kennedy, 1962, p. 668). On the 20th of July, 1969, astronauts Neil Armstrong and Edwin ‘Buzz’ Aldrin fulfilled the objectives set down by Kennedy in 1962.

David McCullough in his National Book Award winning text of 1977, The Path Between the Seas: The Creation of the Panama Canal 1870 – 1914, explored one of mankind’s other great odysseys the cutting through of the Panama isthmus of a canal that would join two oceans – the Atlantic and the Pacific.

McCullough’s text is filled with facts and figures and events – that are mind-blowing. In one passage he alerts the reader to the fact that enough dirt had been dug out to create a sky-scraper in New York City some 19 miles high, using the Empire State Building as a footprint, (and this being solely from one section of the Canal). In another passage McCullough writes that 800,000 sticks of dynamite were detonated every month. Further still McCullough details how to overcome protracted negotiations with Colombia over the use of the Panama isthmus, the Americans ‘assisted’ a fledgling independence movement in Panama in order to establish a new more ‘affable’ nation with whom to bargain with. Having thus helped create the Republic of Panama, the United States now had a virtual carte-blanche with which to work on the Canal project. Later on, the then ex-President Theodore Roosevelt, (who was with little doubt, the architect of the Republic of Panama plan), would be scathing of his criticism of the then President, Woodrow Wilson, who would apologize to the Colombians for the Panama coup, and provide the Colombians with substantial remuneration for the loss of Panama.

In terms of lives lost in building the Canal, a conservative estimate for the years 1870 to 1914, would indicate 25,000 people.

Although workers came from all the corners of the planet – the Panama Canal project would become the brain-child of two nations: the French and the United States. The French began the feat, but were overcome by the sheer size of the project, both in terms of raising the finances, and with battling nature at its most unrelenting. When the United States took up the project in the early 20th Century, the Americans could not believe the amount of good work that the French had actually done. Originally scoffing at the French for their failure to complete the Canal, the Americans soon came to realize that the French had been the victims of time rather than miscalculation. Purchasing the entire project for (US) $40,000,000, from the French, the Americans began cleaning up the capital equipment that the French had left behind – excavators, tractors, and diggers as well as buildings now forming one with the jungle. Moreover, the Americans benefitted not only from hindsight from the French, but also because of the developments in technology and medicine, that had taken place over the time that had ensued between the French pulling out and the Americans now recommencing the project. In essence what the Americans brought down to Panama, were better machines, and increased knowledge of such factors that had brought the French project to a standstill – diseases such as malaria and yellow fever. The Americans also had the great benefit of being the world’s largest industrial nation, churning out parts for the Canal project at an ever astonishing volume.

Unlike the French who sought to bring labourers in to build a Canal – the American project leaders now understood that the Canal would never be built if a broader base of infrastructure was not first placed and brought into being. Labourers were men and women – and men and women needed far more than work to survive. Thus men such as Dr. William C. Gorgas, John Stevens and George W. Goethals attacked the project with a ferocity of purpose and will. As McCullough quotes from Stevens: “The digging is the least thing of all,” he declared. Starting at once Dr. Gorgas was to have whatever men and supplies he needed. Panama City and Colon were to be cleaned up and paved. Warehouses, machine shops, and piers were to be built from scratch – houses, mess halls, barracks, more hospitals, a visitors’ hotel, schools, churches, clubhouses, cold-storage facilities, laundries, sewage systems, reservoirs. He [Stevens] was determined, as he said in a letter to Taft, to prepare well before beginning construction, “regardless of clamor of criticism … as long as I am in charge of the work … and I am confident that if this policy is adhered to, the future will show its absolute wisdom.” (McCullough, 1977, p. 465).

Stevens’ instructions and plans were scoffed at by some, but the majority came to understand his wisdom. With regard Dr. Gorgas, he had been initially derided for upholding the theory that malaria was carried by mosquitoes. Despite the criticism Gorgas began a massive undertaking of controlling the spread of the disease by controlling the population of mosquitoes. His theory would be vindicated soon enough.

The Panama Canal became known not only as a massive feat of engineering – but also an example of the human capacity of determination and endurance.  In the last year of the project, McCullough summed up the situation by saying that the labourers would have worked for nothing in order to achieve this goal that had once been considered insurmountable. The labourers could see the Canal come to realization, and they were not going to be beaten. So overjoyed were they, that plans were made for an enormous party to celebrate the opening of the Canal. No celebration ever eventuated however, for at the time they were to be held, The Great War began – the war to end all wars; the gassings, the bombings – the destruction of cities and villages, and the innocent lives these contained. Thus the Panama Canal – a feat of humanity pulling together to achieve a magnificent goal, came into the world in virtual silence, the greater irony being, that the world would now turn its attention as to how most efficiently one could kill one’s fellow man.

On April the 26th, 1336, the poet, Francesco Petrarca, decided to achieve one of his great goals; to ascend to the peak of Mount Ventoux. Carrying with him a copy of St. Augustine’s, The Confessions, Petrarca on reaching the summit, decided to open St. Augustine’s great work, and see what wisdom would appear to him spontaneously from within. He opened the book at the following point: “And men go about to wonder at the heights of the mountains, and the mighty waves of the sea, and the wide sweep of rivers, and the circuit of the ocean, and the revolution of the stars, but themselves they consider not.”

Earthly achievements are all well and good. God desires that we strive to use our talents to the fullest. But have we never wondered as to what is more important, conquering ourselves and then conquering the world, rather than giving our souls up for the world, with no spiritual ambition whatsoever. We may seek to climb mountains because they are there; but no less ‘there’ are our souls. We may spend decades cutting a Canal – and rightly so, if that makes humanity’s journey the easier; but we must not forget the soul’s journey into God – a journey of self-realization. For as Christ teaches us: “What good is it for someone to gain the whole world, yet forfeit their soul?” (Mark 8: 36, NIV). If we in the world went at developing our spiritual lives, with the same energy with which we tackle our temporal lives, would not the world be better for it? Would not our families be the better for it? For at the same time that the engineers were sculpting the Panama Canal, or building space-ships to conquer new horizons, others were devising in a far larger fashion ways by which humanity could release the darker sides of its nature.

Peace will only come when people realize that one must seek to conquer the spirit within – because it is there. Until then, the journey inward would seem to be the road less traveled; and we scratch around the earth like ants – considering not the celestial that lies deep within, only to find after our endeavours that our energies could have been far more wisely spent otherwise. 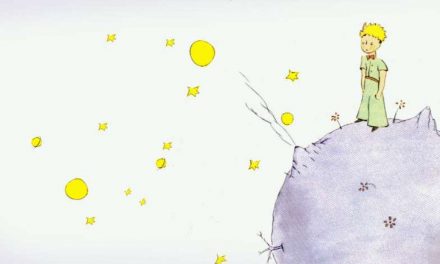 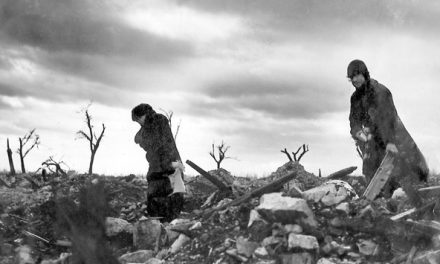 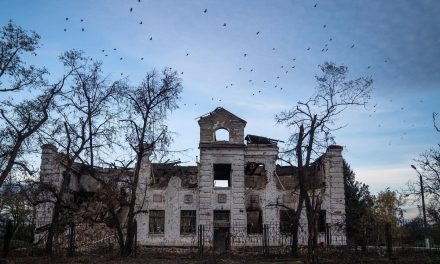