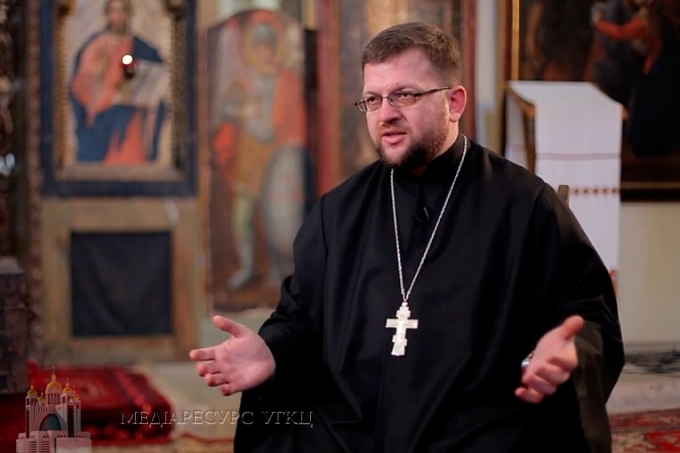 The table is set for a delicious supper, and outside the windows one can already hear the singing of Christmas carols. The whole world has stopped in expectation of the Christmas Miracle; all await the birth of the Savior of the world.

Rev. Vasyl Rudeyko, a doctor of theology, the vice-chair of UGCC Patriarchal Liturgical Commission, a priest at the Church of Saint Martyr Klementiy Sheptytsky in Lviv, describes the origin of the Feast of the Nativity in our church tradition.

Before talking about the essential attributes of the Feast of the Nativity, it is worthwhile to mention how this grand event took place.  What is the Biblical narration about the birth of the Savior of the World?

The nativity event is describes in the Gospels of Matthew and Luke. We already know that on the Feast of the Annunciation, an angel appeared to the Virgin Mary.   He told her that she will give birth to a son who will have to be given the name Jesus; therefore the Annunciation already prepares us for Christmas. During that time Maria became engaged to Joseph who was called Joseph the Betrothed.  He accepted her as his wife and together they went to Bethlehem.  By the order of Emperor Augustus, every Jew had to go to the place of his birth for the population census.

Since Joseph came from Bethlehem, he had to go there.  This is very symbolic since the word Bethlehem itself means “home of bread”.  This is beautifully described by Saint Filaret.  “The Bread of Heaven” descends to the “home of bread.” Christ returns to Bethlehem in order to be born there.”

When Joseph and Mary arrived there, all the hotels were filled.  The only place available for overnight was a cave in which during bad weather shepherds and their herds stayed.  The birth of Christ happened in a miraculous way.  At one moment there was light, angel voices were heard.  The shepherds, who heard this, came to the cave, and then there came the wise men from the eastern countries also to worship the Messiah.  The Jewish Kingdom of the time, in the person of King Herod, turned against Christ.  Children up to age two were murdered.  Joseph and Mary had to flee to Egypt in order to save the life of Jesus.  When the danger passed, they made their home in Nazareth.

It is known that at the beginning of Christianity such a feast was not celebrated and it is only eventually at the Council of Ephesus, that it was established.

This is not surprising.  At the beginning of Christianity feast days were generally established in an interesting manner.  Until the 4th century, Christians did not celebrate historical feasts.  This means that the feasts related to some theological ideas.  A typical theological feast at the turn of the 4th-5th centuries, before the differentiation of Christmas, was the Feast of the Epiphany – “Feast of Lights.”  It united in itself several theological ideas: the Birth of Christ, His Baptism, the Adoration of the Wise Men, and the Marriage in Galilean Cana.  The purpose of this old feast, which today has only been preserved in one Church, the Armenian Apostolic Church (January 6), was to point out the absolute change of the logic of the functioning of the world.  In being born, God becomes man, in Baptism, the Holy Trinity appeared in the world, in the worship of the wise men – the wisdom of the world is counterpoised to the wisdom of God, which is a turning point in philosophy, and the first miracle in Galilean Cana reveals Christ to the world as a God who performs miracles.  The result of all these four aspects is that people, seeing this change, turn towards atonement and faith.  The essential idea of the original Feast of the Epiphany is – to see is to believe.

Around the 4th century there appear the first hints of differentiating the feast of the Nativity of Christ.  First it happened in the Western Church and eventually it passed on to the Eastern one.  There are many theories why this happened.  Some believe that it substituted the pagan “Feast of Lights”; others are convinced that the Church oriented itself on the four basic sun cycles of sun positions and the equinox.  Also the acceptance of the Feast of the Nativity was necessary in order to emphasize that God was born in a human body.  This emphasis on the Divinity of Christ gives reason to think that this feast was not established simply to take the place of a pagan feast.

Nevertheless, in Ukraine, the traditions of celebrating Christmas are interwoven with pagan traditions.  In order to understand how a real Christian Christmas should be, it is worthwhile to explain some things.  In our tradition on Christmas Eve the whole family gathers for a Holy Supper.  And the host brings a didukh into the house.  Is this necessary?

It is difficult for me to talk about various pre-Christian beliefs of Ukrainians because there are very little authentic reports about these.  Regarding the supper and the bringing of the didukh on Christmas Eve, it is difficult to tie this with pagan roots.  Why?  Since the beginning of Christianity it was customary to have a supper before a major feast. We have liturgical celebrations which includes a litany during which bread, wheat, wine and oil are blessed.

The fact that the feast is close to the New Year and that people wanted to bless the 12 months of the year is personified in the 12 fat-free courses of the Holy Supper.  This is an attempt to indicate blessings of the whole year.   Didukh – the tied sheaves of wheat and oats portray Christ at the beginning of Christianity.  If one checks the old Eucharistic prayers, there is mention that   just as this wheat was spread throughout the world and is gathered in order to be turned into bread, so also is the Body of Christ gathered for Eucharistic Celebration.”  Here probably there is a hint of a Christian ritual.  Therefore, the didukh is still a portrayal of the Bread of Heaven.

God directs us to our calling: each one of us is called to become like Him.

The portrayal of the three wise men of the East is interesting.  Some say that these were kings; others consider them sorcerers, magis.  But they came to the Child of God in order to worship him and to give him the gifts: frankincense, gold, and myrrh.  What do these figures and gifts symbolize?

Today scholars are more prone to think that these were astrologists –scholars.  They saw a new star in heaven which lit up, and knowing that it was related to some radical change, they went on, in order to as scholars to give their due to something “which supersedes scholarship.”  They had gold, most valued and owned by kings, frankincense, which belongs only to God, and myrrh, which is applied to skin.  These are the symbols of the best and the loftiest which people had gathered in the whole history of their existence. Here there stands scholarship, which bows in front of wisdom, and truth, which bows in front of absolute truth.

And what is the cycle of Christmas liturgies?

It is similar to the Paschal liturgies.  Before the feast of the Nativity as well as the Feast of Epiphany, there is a week which has similar liturgies to the Paschal ones.  It has Great Monday, and Tuesday, and so on, and Christmas, as the Paschal Sunday is in the center of the celebrations.

So, essentially, the first three days of Christmas are the most important?

If one really contemplates about the Feast of the Nativity, then it opens for us simple varied aspects of general human interaction.  Here we do not only mean the birth of the Savior, but also the gift of motherhood, a respectful attitude towards nature (animals were present at the birth of the Savior), humility towards God, symbolized by the three kings.  This feast gives us the understanding of such simple things, when people in the contemporary world search for meanings of various aspects of life in contemporary philosophical attitudes, aphorisms of various thinkers.

The Feast of the Nativity touches very deeply human interactions.  The basis of these interactions is the value of human life. A person as such is so valued in God’s eyes that He is ready to become incarnated and be a person. God does not want to become an angel or an animal, but a person.  He created man at the beginning of the creation of the world and through that testified the “blessing” of human life.  Through this God demonstrates our calling, each one of us is called to become like Him.  Our liturgical texts on the specific day of the Nativity speak about the fact that “on the day of the Divine Nativity, there again blooms in Paradise which becomes the Mother of God, the tree of life, from which, if we eat, we will have eternal life.” 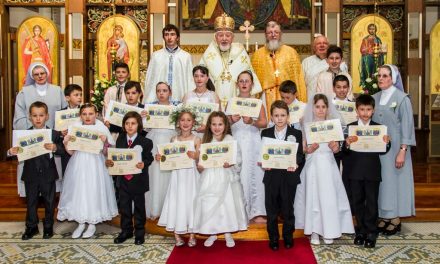 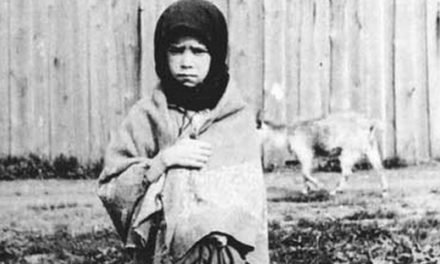 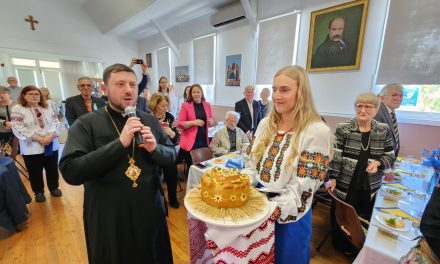