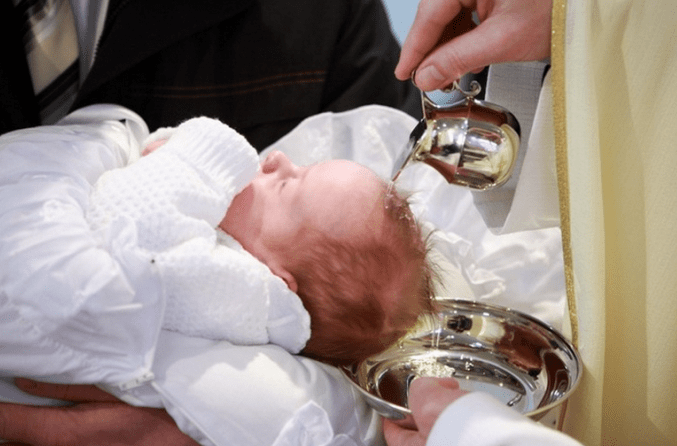 I ask the reader for patience as I present a series of vignettes, to hopefully unpack what I believe to be an important message.

First, my grandmother was a Polish woman gifted with a sardonic wit. One day someone announced to her that a bride who had only been married for four months – had now given birth to a healthy baby girl. The person delivering the news was horrified, and wished to spread the gossip to any person willing to give her an ear. Babcia sat and listened, and then without a change in her expression, spoke up: “You know, God works in mysterious ways. Most times God decides that a baby spends nine months in the womb; but sometimes a baby can spend six months, other times two months, and there are some occasions that the baby is born only a week after the wedding.” Babcia had probably seen it all in her life. Born in 1896, in Ostrow, Poland, she had lived through two World Wars, bringing up her family of five children in the Galician city of Jarosław, alongside her Ukrainian husband, Jan Jakob (1893 – 1947). I remember her making this comment in the granny flat she lived in at our Attadale home in Western Australia in the 1970’s. What impressed me was not only her deadpan expression, but the degree of wisdom in the jest. It was as if she was saying, that with all the horrific things that we have to deal with in society, a healthy baby born, despite the indiscretions or lack of self-control, of its parents, is really not something to ruffle one’s feathers about. As a middle-aged man now reflecting on this story, I can only imagine how many times Babcia would have seen homes burning down, rotting corpses on streets, and heard tragic news at her door.

Second, two decades ago, I met a young mother, who having fallen in love with a ‘charming’ foreign university student, became pregnant by him, only to find that a day after she told him that she was with child, he had caught the next plane out of Australia to North America, never to return.The young man, had a smooth way about him, and all the young women at university seemed to be transfixed by him. Yet I couldn’t believe the speed with which he left, nor the sense of isolation that the expectant mother was made to feel – all at the age of 18. I heard stories about the mockery she endured, and how she placed her university studies on hold. I couldn’t help but thinking about the hypocrisy of those passing judgement, for had she in secret had an abortion, and murdered that innocent life in her womb, she could have continued the facade of virginity, and been respected by her peers – but she chose life, and a life of honesty, and was ridiculed. The child born, a young boy – is now a strapping athlete, and he is much loved, by an extended family.

Common sense teaches us, (and God is the creator of common sense), that far and away the best case scenario to bring a child into this world – is in a home of two loving parents, parents committed to one another – and committed to those children, who with God’s help they have co-created.

Third, many years ago I taught a student, whose grandmother told me, that he was only alive, because of an event where her daughter, finding out she was pregnant rang her mother in desperation from outside an abortion clinic, crying that she was confused. The pregnant girl’s mother, who had known nothing of the pregnancy, told her daughter not to go into the clinic, but to wait for her, and she would come and they would help her bring up a healthy, happy child. That child, has become a wonderful young man – a Church-going upright individual; one of the best young men I have ever taught.

So why am I sharing these stories? Common sense teaches us, (and God is the creator of common sense), that far and away the best case scenario to bring a child into this world – is in a home of two loving parents, parents committed to one another – and committed to those children, who with God’s help they have co-created. Emotionally, spiritually, financially – this is the most secure beginning to life. But all who are old enough to read this short essay, realise that no human being, consistently makes rational choices – and that people do fail; and more often than not, they fail in moments of passion. Babcia once told me that: “Love is not a potato.” What she meant by this was that people and the love-choices they make are more often than not, very complex. Our Catholic and Christian Faith is there to guide us to make correct and better choices; but we still fail – and God seeks to piece us together from the broken fragments of our being and our lives. A family not based on the solid ground I speak about, is at more risk of jeopardy; but a thriving Church community should be strong enough to assist in the raising up of all her children in order to see them, in turn, build strong families in the generation to follow.

A family not based on the solid ground I speak about, is at more risk of jeopardy; but a thriving Church community should be strong enough to assist in the raising up of all her children in order to see them, in turn, build strong families in the generation to follow.

So where is the essay leading, and why did I put pen to paper? Not too long ago, I was asked a question by an old friend. A priest had refused to baptise a child because the parents who had brought the child for baptism were unmarried. My friend asked for advice as to whether the priest had a right to do so or not. Like everyone in life, the priest had to construe according to the best of his knowledge, and his wits. But his decision was flawed. Let my canon lawyer friend explain: “that the parents be married is not listed as a requirement for licit baptism of an infant either in CCEO or in the canons of the Particular Law of the Ukrainian Church. Baptism of infants whose parents are unmarried is explicitly foreseen in CCEO can. 689 § 2. The Eastern Catholic parent – whether married or unmarried, the law does not distinguish – is bound by the obligation of CCEO can. 686 § 1 to see that the infant be baptised as soon as possible, and it is not for the priest to establish impediments to the fulfilment of this obligation not foreseen in the law. For the licit baptism of an infant, it is, however, necessary that there be ‘a founded hope that the infant will be brought up in the Catholic Church’ (CCEO can. 681 § 1, 1°). The parish priest has the responsibility to see that the parents and godparents are suitably instructed about the obligations they take on in this regard (CCEO can. 686 § 2). If, after this process, a founded hope of a Catholic upbringing seems truly lacking, CCEO remains silent, the corresponding canon in CIC (can. 868 § 1, 2°) talks of ‘deferring’ the baptism rather than ‘refusing’. It might be that the marital status of the parents gives rise to doubt about a Catholic upbringing, and obviously it is not the ideal; but their unmarried state does not automatically mean that a Catholic upbringing is impossible, with the assistance of godparents, grandparents, relatives, the parish, and Catholic schools.”

A priest can rightfully ask questions about the nature of the family of the child being presented for Baptism, and the necessity of on-going pastoral nurturing and spiritual example for the child, but they cannot prevent a child from being baptised, if this be the honest wish of the parents.

To conclude – no one doubts that life is filled with temptation and that human passions and love, can lead us to make choices that in hindsight, with wisdom and life experience we would perhaps now think more than twice about. That being said – the behaviour, poor timing or sinfulness of parents should in no way find retribution on a child, born innocent of wrongdoing, and whose only seemed ‘crime’, is the ‘crime’ of being born, or at least, born at the wrong time. A priest can rightfully ask questions about the nature of the family of the child being presented for Baptism, and the necessity of on-going pastoral nurturing and spiritual example for the child, but they cannot prevent a child from being baptised, if this be the honest wish of the parents. As with every child baptised, God’s Providence, the work of the Holy Spirit, must be trusted enough to up-foster a child, in the hope that the child will eventually in their turn, be a light for others, to reveal God’s compassion, mercy, grace and of course, love.

This article was published in The Church and Life Newspaper, July 2019 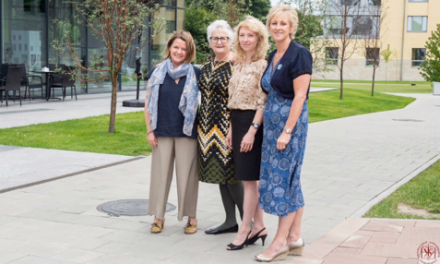 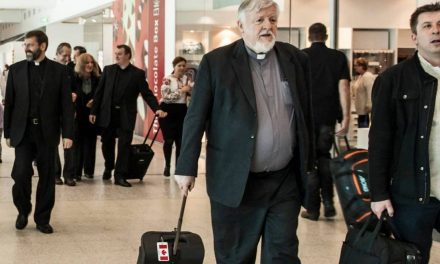 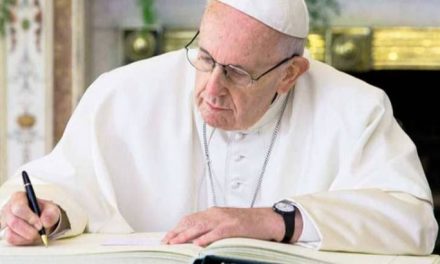