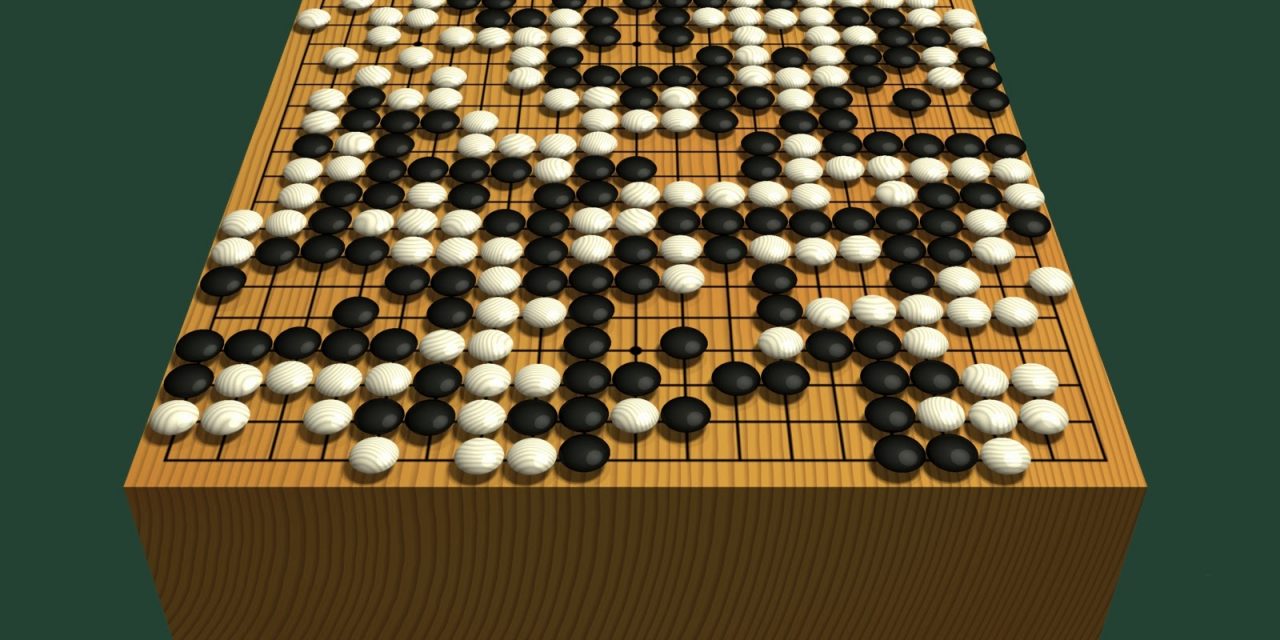 If I can offer the reader some advice it would be at some point in their life to at least attempt to take up the ancient Asian board game of Go. Game theorists attest that Go is the most difficult board game in the world to become proficient in; in fact proficiency is nigh an impossibility due to the sheer innumerable combinations of possible moves. The complexity of Go mathematically far outdoes that of Chess. The rules of Go are simple – but the simplicity of the game’s rules, belies the tactical and strategical mind-trap.

So challenging is the game of Go, that as of only a few years ago, no computer ever had the capacity to defeat even a half-proficient player; until that is, the Alpha Go Project. The documentary AlphaGo (2017) highlights how a team of Oxford and Cambridge mathematicians, sought to create a computer with sufficient Artificial Intelligence to take on some of the world’s best Go Masters. The Chinese, Japanese, and South Korean Go Masters, scoffed that this could be done at all. When AlphaGo defeated the Chinese-born European Go Champion, Fan Hui – those scholars of the game ridiculed both Fan Hui and AlphaGo, by saying that the defeat amounted to nothing as Fan Hui, was far from the best Go Player in the world; had he been, he would have stayed and competed in Asia. The response of those in the AlphaGo Project was to throw a challenge down to the world champion, Lee Sedol, a young South Korean man, with an undisputed pedigree of excellence in the world of Go, and a similarly long record of international competitive achievement.

So it came down to a single human mind against the greatest game computer that a group of scientists had ever invented. In front of live audiences surpassing 100,000,000 people, a world watched. But to their dismay, Sedol, lost not only the first match, but the second and third. An initially confident Sedol – perhaps over-confident, slowly crumbled into a weakening shadow of himself. It was sad to watch a series of apologies that Sedol made after each defeat. Prior to Match Three, Sedol invited a group of Go Masters to help him retrieve the situation. In Match Three he played with aggression – but played according to another Master’s style and not his own. He was trounced. Sedol’s children sat after each defeat alongside their mother, crying. Sedol himself fought back tears after each Press Interview. The domination of man had finally come to an end – and Sedol had been the sacrificial lamb; sacrificed on the altar of technology. With each defeat, Go fans across the world, knew that if Sedol could not win – no one could. The world lived in hope that a miracle would occur, somehow, in which the balance could be restored; in which humanity would reach a pinnacle in order to defeat that which was without feeling. Sedol later explained that unlike playing a human, playing a computer was vastly more difficult – for a human would give away indications of emotion and perplexity after each move was made – but in the case of AlphaGo, the moves that the computer made were physically carried out by a man, who was emotionally detached from the match, only moving according to a decision made by a computer interface.

The story of the Incarnation of Christ makes no rational sense to those who think in the vacuum of the cold light of logic.

During the night before Match Four – Lee Sedol sat alone. He felt the pressure of a man carrying the hope of humanity on his shoulders. For three matches he had been outplayed by a machine which knew no emotion. AlphaGo knew no shame, felt no anxiety; AlphaGo could not think – it could only process. As Match Four began, the proceedings were beamed live throughout much of Asia. Many who had up until then known of Go as the game played by old men with time on their hands who sat together in parks, looked at the game differently now. This was no longer just a game, it was much more than that, it was a question of existence. It was a battle over the beauty of humanity over the cold technology of the machine. In what has now become a famous battle, Sedol pensive, stared at the Go board, each move he made oozing all the powers of concentration he could muster. Ten moves passed, thirty, fifty, seventy. Machine and man were locked in a life and death struggle. It was Sedol, as the mongoose struggling against the cobra. The match was balanced – perfectly balanced. AlphaGo made its seventy seventh move. Sedol stared at the board. Any erratic action – would cost the match – it was just so tight, there was no margin for error. AlphaGo, of course knew no pressure – but its creators, the team of Oxford and Cambridge analysts, sat back to see how the ‘mind’ of AlphaGo was reacting to the genius of Sedol. All was going to plan. Then the sublime occurred. Standing on a sheer precipice, being pushed further and further toward the edge of an abyss, Sedol played what has become known as Move 78. Poker faced – but with a furrowed brow, Sedol placed a stone in the middle of the board. Analysts of the game, at first questioned the wisdom of the move. What was Sedol thinking? But then something strange happened. AlphaGo had been created to respond logically and rationally to any move. But AlphaGo being without emotion, could not understand nuance, it could not understand the nuance hidden in being illogical, of ‘thinking outside the box’. Sedol’s move was feigning, in order to trap. It was, drawing on the mongoose analogy, like when the mongoose turns its back on the cobra, in order for the cobra to be deceived thinking it has the opportunity to strike the ‘careless’ mongoose; but in reality being drawn into a trap. AlphaGo, which had successfully beaten Lee Sedol, reacted to the tension of Sedol’s move by, in computer parlance – ‘crashing’. The computer could not issue an accurate response. The computer’s memory seemed to overload. For the next ten moves, AlphaGo attempted to combat Sedol’s Move 78 with a series of ever-increasing absurd responses. The world laughed but Sedol’s demeanour did not change. He understood that the balance had now changed; but he was also aware that against his opponent any bad move would spell disaster. Those in the live audience, knew that with every false move AlphaGo was digging bigger holes for itself. And then the unthinkable happened – a representative from the AlphaGo Project walked over to Sedol, who sat bent over the table, touched him on the shoulder and announced that the computer had resigned. Sedol reacted slowly with a gentle, but quick smile, and immediately gazed at the board once more. Sedol was the epitome of mental exhaustion. It was as if he had won an epic bout against the greatest boxer in the history of that sport, and had been dealt horrific blow after blow, only to have performed with a final exhausted punch, the knockout blow on his opponent. Across Asia, the immediate response was universal. People in front of their television screens, those in streets watching on public screens – simply wept. They wept for against all odds – the human spirit had endured the beating and the shame to overcome. They had seen a great man, humbled and then humbled more. They had witnessed the bitterest of tears from Sedol’s loving wife, and his devastated children. Move 78, and AlphaGo’s response had literally ‘fried’ the computer’s circuits. The computer could not understand Sedol’s ‘human’ response. It made no rational sense.

The entire story of the Incarnation from the birth of Christ to His Crucifixion, is about fathoming the depths and heights of human nature.

The story of the Incarnation of Christ makes no rational sense to those who think in the vacuum of the cold light of logic. We have a God, who seeing humanity in deep trepidation, a God who had been despised by His Creation, still loving His Creation to the point of becoming a helpless child in order to live the life of those He wishes to rescue; in order to reveal to the world that through humility and selfless-service that the perfection and the Image of God in humanity can be brought out. The Incarnation defeats the greatness of what the world too often perceives as great. Humanity can only be rescued by a perfect human person – that ‘nominated’ person being Christ. It is Christ who has been chosen and sent into battle for humanity. Humanity can sit back and watch the unfolding drama, and share in this Passion – but it is that one man who must drink this Odyssey to the last drop. The entire story of the Incarnation from the birth of Christ to His Crucifixion, is about fathoming the depths and heights of human nature. A seemingly impossible challenge had been set up; but with the expiration of his last breath – an  ‘absurd’ victory is won. It is as if the words from the famous musical, Man of La Mancha, are written as an ode to Christ – expressing with sublime poignancy the nature and purpose of the Incarnation – the search for salvation, all the while using the weak physical frame of humanity, in order to do so – even if it costs One very Special life. The Incarnation is far more than the battle of the human mind over technology – it is the battle of the human heart, mind and soul – over evil and death. The total outpouring of Christ to win for us – the greatest prize of all – Life, and life to its fullest.

“To dream the impossible dream,
To fight the unbeatable foe,
To bear with unbearable sorrow,
To run where the brave dare not go.

To right the unrightable wrong,
To love pure and chaste from afar,
To try when your arms are too weary,
To reach the unreachable star.

To fight for the right
Without question or pause,
To be willing to march
Into hell for a heavenly cause.

And I know if I’ll only be true
To this glorious quest
That my heart will be peaceful and calm
When I’m laid to my rest.

And the world will be better for this,
That one man scorned and covered with scars
Still strove with his last ounce of courage.
To fight the unbeatable foe.
To reach the unreachable star. 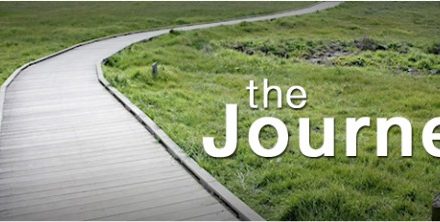 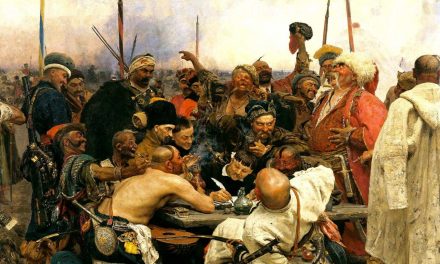