Synonymous with Ukrainian culture for many in the world is the Paschal tradition of the pysanky. For the neophyte the pysanky can be thought of solely from the perspective of being a highly decorated egg; a spectacular artwork – and something formed strictly to appeal to the aesthetic side of human nature. Yet pysanky are a powerful sign and symbol pointing toward a rich tapestry of Eastern theology and mystery; and the skill of writing a pysanky is inextricably linked with Christian life in Ukraine.

There are many tales that relate to how the pysanky became such an important part of the Ukrainian Paschal tradition. Aside from the universally accepted legend of the egg symbolizing both new life, and life coming from out of the tomb, the tradition of the pysanky also incorporates other stories. First, there is the legend that Mary Magdalene when she went to anoint the body of Christ with the other myrrh-bearing women on the morning of the Great Pasch, also took with her a basket of highly decorated eggs as a repast for the guards. Second, among the Hutsulian people of Carpatho-Ukraine, there is the legend that Christianity will never die in Ukraine, as long as each year pysanky are still written. Third, another aspect of the pysanky is that the egg represents the cosmos – all that is encompassed in God’s embrace – and this embrace is symbolized by the shell – on which is written Christian symbol. Thus the pysanky symbolize that the Trinity contains within Them – all that is – all that is visible and invisible – and therefore all that is possible to be.

The very term ‘pysanky’ means in the English language ‘to write’ or ‘something that is written’, hence, as has been mentioned, pysanky are by their very nature more than an exercise in aesthetics but a deep and rich form of conveying the Paschal message through the means of symbol. With regard this symbolism there are specific patterns and colours that are used to express the Great Pasch. Of these colours, some are: white for purity; yellow for light; gold for wisdom; red for spiritual awakening; and black for eternity. Intricate patterns also speak at a different level: forty triangles to symbolize the Great Fast, as well as the desert, and the forty martyrs; large triangles to represent the Most Holy Trinity, as well as the elements of air, fire and water; diamonds as a symbol for knowledge; and spirals indicating life and death – divinity and immortality. These are but part of the colours and patterns of writing pysanky; various combinations of these, help write a Paschal story on each egg, for instance the use of four or more colours on an individual egg indicates peace, love and happiness for the family; or the use of black and white – a sign of respect for the souls of a departed love one.

Traditionally pysanky are written in the last week of Great Lent; and written on eggs carefully selected during the period of Great Fast; eggs are chosen for their texture. Moreover pysanky are written to be shared – given to family and friends as a form of blessing and to ward off evil spirits. One builds up a collection of pysanky from what one has over the years received. Sadly for some today the writing and sharing of the message of the Great Pasch plays a secondary role to the commercialization of this tradition – writing pysanky only in order to sell them. The pysanky should be written both as an act of faith and as an act of love – one writes them in order to confirm in one’s mind the inherent message of the Pasch; one gives them in order to share this message, and protect one’s friends and kinfolk from spiritual and physical harm. A basket of pysanky is said to be a powerful weapon against demons. In rural communities in Ukraine, the pysanky were also placed with farm animals in order to protect creatures from harm.

For some in the West the thought of an egg being used to ward off evil spirits is mere superstition and a remnant of paganism – but in Eastern theology God works His presence through touching our lives both by use of things invisible and visible; and nothing that is created by the Hand of God, such as an egg, can be profane, and cannot be made even more sublime by a Paschal blessing; for the pysanky that have been written and exchanged prior to the day of the Great Pasch are placed with the baskets of food that each family brings with them to the Liturgy in order for the hamper to be blessed and taken home for the Paschal feast.

A further aspect to the pysanky is that they symbolize the Eastern mind and the Eastern approach to Theologizing. The way in which pysanky are made is by a wax-batik method in which areas that the author does not wish to be coloured by dye are covered in wax prior to placing the egg in a bowl of dye. The author adds and then removes the wax from the egg each time they wish to dye another colour. This form of writing, is ‘negative’ in its approach. Rather than a positive painting one colour on an egg – the pysanky are written with a thought to what remains hidden by the wax.

Thus the pysanky reflects the Eastern approach to theology – to understand that what is hidden is of vast importance to what has been Revealed. The whole process of writing a pysanky is about Revelation and the Cloud of Unknowing. In fact each time an author of the pysanky approaches their task of writing an egg – they are thinking in a manner vastly different to the positive approach to Theology. In many ways the writing of pysanky helps train the individual author not only about how to contemplate the Paschal message – but how to contemplate this in an Eastern ‘negative’ manner; with respect and an eye to what remains unknown and hidden. Many people when they begin to write pysanky, make errors for want of thinking in a negative manner – in like fashion as there are some who in Theology make errors, because they believe that God can in fact be chained by the written word, rather than at best be known only partially. The infinite majority of what we are to know about God – still awaits to be discovered; waiting as the wax covering the unfinished pysanky; but in the case of the analogy to God to be revealed only by being approached by hearts on fire.

The French theologian Martin Jugie would write in words of thinly veiled disparagement about the differences between Western and Eastern theology that: “Two methods or two ways for arriving at knowledge of God met and faced one another; one, a scientific method drawing its principles both from a sound philosophy and from the sources of revelation interpreted by the ancient doctors, and clinging to these principles, the other a mystical method directed towards the experience of the contemplatives devoted to the hesychastic life”. (Johnston, 1995, p. 88). Mysticism, contemplation and hesychasm are important components of Eastern Christian spirituality – and these three elements have shaped, in part, the Theology of the East, in a way that demands from the West, a turning toward the affective – and the experiential knowledge of God in order to understand what Eastern Christians understand as Faith. To claim that Eastern Christianity does not have ‘sound’ philosophy nor places value on ‘scientific’ method, as Jugie intimates, is in fact to misperceive the priority that Orthodox Christianity gives to being immersed in the Gospels rather than studying Scripture as an extraneous component to one’s life.

The West needs to understand that the traditions of the East are not quaint rituals for a simple and superstitious people – but an indication of a particularly mindset that is distinct, yet complementary to the West; for neither the left lung, nor the right lung are superior in a healthy body and so should it be in a Church that breathes with both lungs – that neither the occident nor the orient has a feeling of being superior, neither inferior. As Unitatis Redintegratio implored a Christian Church still divided after a millennia: “In the investigation of revealed truth, East and West have used different methods and approaches in understanding and proclaiming divine things. It is hardly surprising, then, if sometimes one tradition has come nearer than the other to an apt appreciation of certain aspects of a revealed mystery, or has expressed them in a clearer manner. As a result, these various theological formulations are often to be considered as complementary rather than conflicting”. (Unitatis Redintegratio, III, 17).

The increasing use of icons and the writing of pysanky in the West are welcome signs of the occident coming to appreciate the orient – but welcome only if the meaning of these elements of Eastern Christianity are not disemboweled; for if one casts off the elements of mystery and negative theology away, one is left only with ‘pretty pictures’ and ‘fancy eggs’. 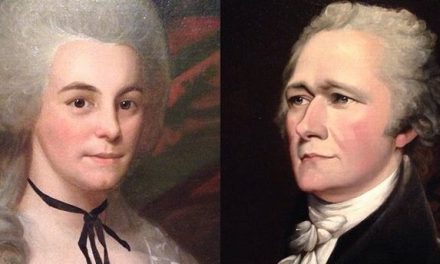 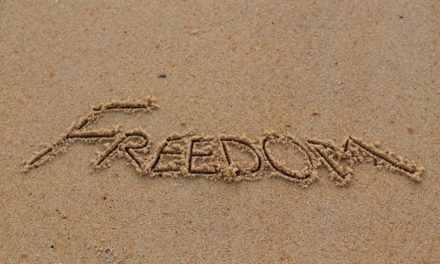