As a Spiritual Director I have often been called away from my teaching duties to co-ordinate and lead Retreats off-campus. On one occasion many years ago, I had to leave a junior high school Religious Formation class with a relief teacher. The Retreat went very well, but when I returned I was ‘welcomed’ back with a message in my staff pigeon-hole that one of my students, had in my absence, thrown a pen at the relief teacher. The pen had struck the teacher, she had reported the young boy, and he had quite deservedly been issued with an in-school detention. But within the short interval between crime and punishment a problem had occurred.

The father of the student was on the telephone to me, soon after his son had reported to him, (with no little filial bias I soon came to know), how he had been hard done by. Quite a curt conversation ensued between the both of us. The father placed the responsibility of his son’s poor behaviour on myself. The father told me: “As an owner of a business, I expect that if I am not at the workplace on any given day, that my worker’s will not behave. My son misbehaved, because you were not there, but off campus!” My reply was that I didn’t think much of the men and women that he employed if that was the case, and that a mark of a graduate from the school that I was then employed in, I had hoped, was self-motivation and a degree of integrity, based not on the threat of punishment, but on the understanding that goodness was its own reward.

In fact I was echoing here the theology of St. Thomas Aquinas, who noted in Summa Theologiae, that obedience based on the threat or fear of punishment, is the lowest level of goodness. The boy was young, and had made a mistake, and needed to learn from it; his father making excuses, was contributing to the problem, rather than the correction. The boy would remain a child, if he wasn’t made responsible for his actions; he would always know that Dad would ‘cover’. The issue here was not only the danger of throwing a pen – but in the same action, disrespect for a teacher and a woman.

So keeping this story in mind – let me talk about Rugby, and by Rugby I mean the original form of the game, and not any of the variations that have followed, inspired for whatever reason. Back in the day when I began studying for my Masters degree in the original intake of students at the University of Notre Dame Australia, I was given a mentor, Professor Brother Jack (Alman) Dwyer. Br. Jack was a Marist Brother, and to my mind one of the greatest influences on my academic development from the moment that we first met.

We were vastly different men – and that was the beauty of our relationship, as mentor and student. I don’t know if I can say that I ever influenced him; but I can say that his kindness, forthrightness and confidence in my ability, spurred me on to a love of independent learning – and of rugby. Jack had been the Headmaster of St. Joseph’s Hunter’s Hill in Sydney at the age of 29. As Jack kept on informing me, there was no finer school in the entire continental land mass of Australia for rugby, than St. Joseph’s. In fact St. Joseph’s was the cradle for the Wallabies, and by the way Jack spoke, perhaps the cradle of humanity as well. Jack was quick to point out that it was expected that a St. Joseph’s education went hand in hand with rugby, and if not, the boy who did not play rugby would be looked upon askance.

I was equally quick to point out to Jack that the rugby jersey that St. Joseph’s wore, when he showed a photograph to me – was pink. Supressing a smile, toothpick in the top row of his teeth, Jack looked unblinkingly and prophet-like to the heavens, and said: “Cerise!” So Jack taught a Western Australian, who had been brought up on a diet of Australian Rules Football about rugby – and over the years, distilling Jack’s bias for the game from his lectures, he taught me a great deal also about the theology of sport; how sport has the capacity to teach about the virtues.

For those who have never compared the two football codes, a massive cultural chasm lies between them. Some of the most stark differences that I noticed were these: First, the referee, unlike the AFL umpire, is always addressed as ‘Sir’ – he is only ever spoken to by the Captains of the two sides, and never by any other player. In fact, I saw on one occasion a player attempting to make a polite complaint to the Referee, to which the Referee asked rhetorically, of course, if that player was the Captain of the team. The player replied in the negative, and he was quickly dismissed. Second, I noticed that the offside rule meant that although there is a high level of physical contact in rugby, no player within the rules of the game, can be hit from behind; thus curtailing a degree of cowardice, that can arise as a temptation in a game of high physical contact. Third, in 1991, when I began watching Rugby internationals, half-time was only five minutes in duration, and the coach never addressed the players; it was the role of the Captain to show real leadership and to discern within this five minute period, what were the tactics and strategies that needed to be implemented in order to win the game.

A Captain had to be much more than a figure-head. Even when this rule changed and when the players were given an extended fifteen minute half time, what was still noticeable was the way in which half time was conducted – chairs in a circle, and the players listening, as intelligent men, thoughtfully to coach and captain. Fourth, at rugby matches, men are not ashamed to sing the anthem properly. Whereas at most other Australian sporting events, singing in tune, ironically, risks a man being considered of dubious masculine identity – the culture of rugby endorses singing. Fifth, I have never seen any rugby player at an elite level, sit on his haunches and blubber as a baby when he lost a game – irrespective of how important that game was.

I have only ever seen these players, immediately shake hands with their opponents, look them in the eye, and congratulate them. Rugby players always clap their opponents off the field, form a tunnel, and cheer the referee. In contrast, we see at the AFL Grand Final, how many number of players, crying at having lost, and subsequently raining on the victor’s parade – in poor sportsmanship, and acting as if they have just been told they have an incurable illness. The defeated players usually wait until after the presentation, then stand grumpily, and mope off. A man should cry – but when there is something worthy of tears. What tears will these same men cry at the death of a loved one? Sixth, and most importantly for me, I noticed watching the behaviour of Wallaby coaches, such as Bob Dwyer and Rod McQueen, (both who led Australia to Rugby world championships), a high level of self-control in the Coaches’ box.

This was simply amazing. Having watched AFL now for over four decades, I see constantly the ‘spray’ – where a coach walks up to a grown man, and stands face to face with him – and abuses him, publically. How many times do we see the puerile behaviour of an AFL coach, thrashing headphones around, smashing telephones, and storming around in a maniacal and anti-social rant? Sadly, many of us, consider this to be normal ‘masculine’ behaviour; proven by the fact, that generation after generation imitates such behaviour.

Now this is where I shall hopefully connect both stories of the father of one of my students, and the ‘behaviour conditioning’ of sport.

To lead men, one has to believe in the men you lead; that they can ‘do’. To ‘do’ men have to be trained – but once they are trained; you have to rely on this training, and for better or worse, trust that what you have put in, is good enough. Otherwise you will have to hold their hand – and you may as well be in charge of robots, and not humans. What that small businessman failed to understand, is that he had no business in reality at all, if he continually could not trust those who worked for him. He was in effect a prison officer, and he himself, was quite shackled, hanging on for dear life.

Moreover, what Br. Jack taught me was that rugby teaches by its culture, that a game is played, and one can either win or lose. If you can’t handle this, as a man – then really you should take up playing jigsaws – because as John Wooden once said, a man voted by ESPN as the greatest coach of the twentieth century – “Sports do not build character. They reveal it.”

Although I disagree in part with Wooden, for a sporting culture can influence majorly the language by which a person’s character communicates itself to others; Wooden is correct inasmuch as in the end, the result of a game depends on what comes from within a man’s spirit; but all you can do, after you have done your best, as a parent, teacher or coach, is accept that fact. Remember – as Marcus Aurelius told us in his Meditations, that we are all composites of the people who have influenced us – for better or for worse. As leaders of young people we must be aware that it is our attitude to them that helps form who they will become. If we expect little from them, we will gain little in return; if we allow for initiative, they will never cease to surprise us.

Having taught school boarders now for many years – one can see how the responsibilities that the sons of farmers have been given in their youth, arm them, generally speaking, with a high level of being able to carry out instructions. It is not because their DNA is in any way more superior to other students, it is that they have been given a different level of expectancy. We become what we convince ourselves we are – and if we are not trusted, untrustworthy we will assume ourselves to be – if we do not believe that we have the capacity to run, we will assume all we are able to do, is crawl. A family, a sporting team, or a society can build up a positive culture, or the reverse, and we should be watchful for such patterns. 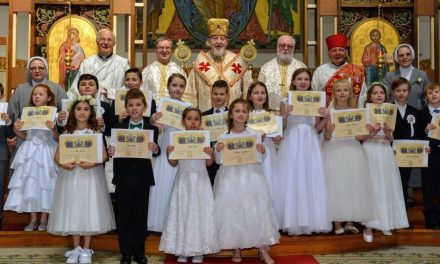