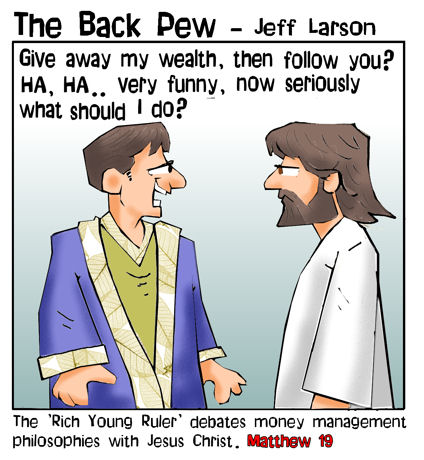 A little while ago I wrote a piece entitled, The Emperor’s New Clothes. In that essay I spoke about materialism in Australia. After this piece was published I presented the essay to a number of Senior School classes, and received some quite interesting feedback. Whereas the majority of the students agreed with my general thesis, a number of students raised contrary remarks.

First, one student took exception to my questioning the purchase of high powered sports cars for use in built-up areas where the amount outlayed on the automobile can only ever legally be recompensed by one sixth of the sports car’s potential speed. For this young man, the exact car I had used as an example of squandering money, was as he told me, the great goal of his academic studies. That particular young man was studying hard, and achieving good grades, because he wanted ‘that’ car as a reward for ‘that’ effort. A second student, in a higher year, threw me the question: “Sir, so what would you think about a friend of mine, whose father owns fifty luxury vintage cars?”

Most of us are aware of the story of the Rich Young Man as found in the Gospel According to St. Mark. In this Gospel event, Jesus is questioned by a wealthy young man as to what is required to enter into the Kingdom of Heaven. Christ replies that what is necessary is that the individual lives by the Commandments – the young man attests that he has done so. Christ then retorts that only one other thing is necessary, that being that the young man sells all his possessions, gives them to the poor and then follows Him. The young man becomes immediately downcast – for he cannot do this, as he is very wealthy.

Clement of Alexandria (c150 – c215) in his short work: On the Salvation of the Rich Man provides a poignant gloss to the story of the Rich Young Man. He writes, that in this Gospel passage, Christ: “does   not, as some conceive off-hand, bid him throw away the substance he possessed, and abandon his property; but bids him banish from his soul  his notions about wealth, his excitement and morbid feeling about it,  the anxieties, which are the thorns of existence, which choke the seed of life. For it is no great thing or desirable to be destitute of wealth.”

Clement is wise in his assessment, for how often, even to this day have we been told, that poverty is a blessing – for in poverty, as they say, the individual is able to not be blinded by riches, and is able to see the spiritual more clearly. Perhaps. But how often does material poverty lead the individual to vice: to theft, to prostitution, to drug dependence, to the break-up of the family, to a lack of education, to starvation. There is nothing holy in such poverty. Moreover those who take a vow of poverty have on many occasions surprised me, as I am sure they have done the reader. I recall sitting at a lunch table a decade ago, hearing a religious sister, spitting venom as to the new car that had just been delivered to her. She wanted a red car, but her superior had ordered the car in white.

I was also in a religious items store in Warsaw at the turn of the century, and witnessed a group of young Missionaries of Charity sisters, squabbling over expensive cloths, in a manner comparable to sea gulls fighting over a bread bun. I was so shocked to see the habit worn by Mother Teresa involved in what we call in Australia, Boxing Day sales hysteria. In the case of the two latter examples, Clement adds that too often those who have taken vows of poverty – may have taken up a vice as well; for they “relinquished   and squandered their property, but the passions of the soul, I believe, they intensified. For they indulged in arrogance, pretension, and   vainglory, and in contempt of the rest of mankind, as if they had done something superhuman.” Evidently the poverty that Christ wishes us to have – as He did for the Rich Young Man – was not material poverty, but a detachment from the material, in order to appreciate the spiritual.

Clement of Alexandria acknowledges that material possessions are in fact neutral. They are not sinful in themselves. It is the price that the soul puts on these possessions that makes us sin – or lose sight of our greater spiritual reality. Clement in fact divides possessions according to the benefit or ill, that they bring us, not by their nature, but by way of our desires.

He continues: “it is then of no advantage to him to be poor in purse while he is rich in passions. For it is not what ought to be cast away that he has cast away, but what is   indifferent; and he has deprived himself of what is serviceable, but set on fire the innate fuel of evil through want of the external means   [of gratification]. We must therefore renounce those possessions that are injurious, not those that are capable of being serviceable, if one knows the right use of them. And what is managed with wisdom, and sobriety, and piety, is profitable; and what is hurtful must be cast away. But things external hurt not. So then the Lord introduces the use of external things, bidding us put away not the means of subsistence, but what uses them badly. And these are the infirmities and passions of the soul.”

So let us now return to the remarks made by the students in class regarding my essay, The Emperor’s New Clothes. First, to have ambition and being goal-driven is virtuous. To be diligent and to seek excellence is also highly commendable; but as Christ says, be careful where your treasure is – for there your heart will be also. (cf. Matthew 6: 21).

The young man who made this comment in class, needs to know that he is worth far more than any expensive German sports car. The car will rust and eventually rot – but he has within himself such a depth of inestimable worth, and this should never be reduced to something that is essentially nothing. Better that he purchase a car that is safe and reliable then chase a badge. That which is eternal, the soul, should not set as its summun bonum that which is finite and temporal. In the case of the second student, Christ gives the parable in the Gospel According to St. Luke (cf. Luke 12: 13 – 21), of the rich man who builds bigger and bigger barns to store his wealth; only to have God take his life, at the point of having completed his project. Again, Christ is not attacking wealth – but points that this man used his wealth for himself and not others. The storage of fifty expensive automobiles, when the value of these cars could do so much present good to others, is itself highly questionable. Keep a vintage car, perhaps two – but remember that we are all stewards, and that nothing material will be admitted through the gates of Heaven.

Clement of Alexandria concludes so powerfully: “For he who holds possessions, and gold, and silver, and houses, as the gifts of  God; and ministers from them to the God who gives them for the   salvation of men; and knows that he possesses them more for the sake of   the brethren than his own; and is superior to the possession of them,   not the slave of the things he possesses; and does not carry them about   in his soul, nor bind and circumscribe his life within them, but is  ever labouring at some good and divine work, even should he be  necessarily some time or other deprived of them, is able with cheerful   mind to bear their removal equally with their abundance. This is he who is blessed by the Lord, and called poor in spirit, a meet heir of the  kingdom of heaven, not one who could not live rich.”

In a country as wealthy as our nation is – perhaps today the wealthiest nation in the world, we should teach future generations about higher goals; otherwise we risk breeding a people whose sole reason for existence rests on greed and conspicuous consumption – and not virtue. For in the end, it is in the education of virtue that Christian education aspires – for in virtue is tied the path to salvation through Christ. Clement would write: “He then is truly and rightly rich who is rich in virtue, and is   capable of making a holy and faithful use of any fortune; while he is   spuriously rich who is rich, according to the flesh, and turns life   into outward possession, which is transitory and perishing, and now   belongs to one, now to another, and in the end to nobody at all.” For there is no sin in the honest acquisition of wealth – but there is far greater virtue in the prudential and wise stewardship of its use. 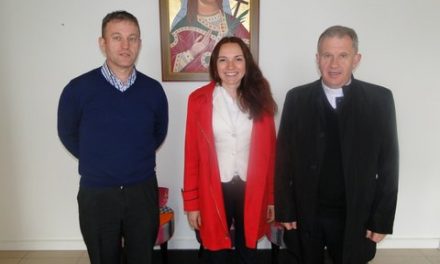 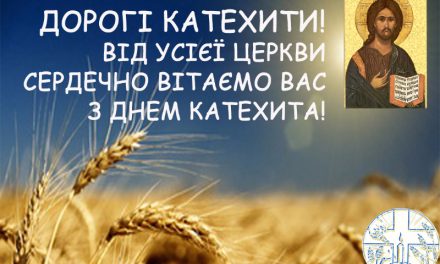