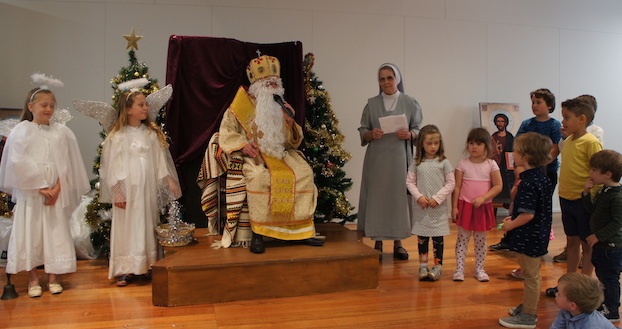 St Nicholas Day -19th Dec (6th Dec). The absence of the “hard facts” of history is not necessarily an obstacle to the popularity of saints, as the devotion to St. Nicholas shows.

Both the Eastern and Western Churches honour him, and it is claimed that, after the Blessed Virgin, he is the saint most pictured by Christian artists. And yet, historically, we can pinpoint only the fact that Nicholas was the fourth-century bishop of Myra, a city in Lycia, a province of Asia Minor.

As with many of the saints, however, we are able to capture the relationship which Nicholas had with God through the admiration which Christians have had for him – an admiration expressed in the colourful stories which have been told and retold through the centuries.

Perhaps the best-known story about Nicholas concerns his charity toward a poor man who was unable to provide dowries for his three daughters of marriageable age. Rather than see them forced into prostitution, Nicholas secretly tossed a bag of gold through the poor man’s window on three separate occasions, thus enabling the daughters to be married. Over the centuries, this particular legend evolved into the custom of gift-giving on the saint’s feast.

In the English-speaking countries, St. Nicholas became, by a twist of the tongue, Santa Claus-further expanding the example of generosity portrayed by this holy bishop. 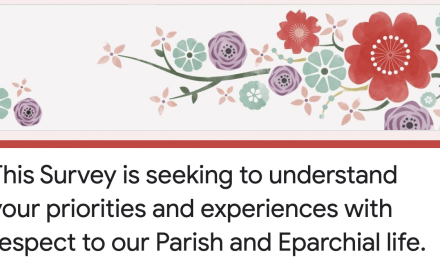 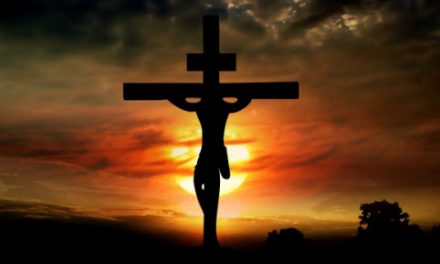 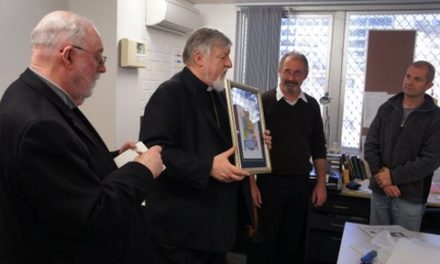 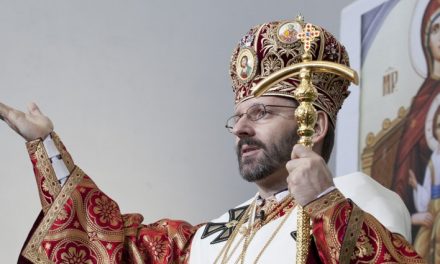