Mary Mackillop will be Canonised onOctober 17, 2010inRome. That is about 178 years after she was born inMelbourne,Australia.  She is the first Australian-born Saint – a Saint for all of us.  In an interesting way, even though she was born that long ago, she is very much a woman of today’s church and an example for today’s people.

When you read her letters you can easily see that her literary style is not in use today and her spiritual language is also “old school”, but her fundamental spirituality is fresh, current and one which speaks to the modern soul.  I am not surprised; her heart was filled with the love of Jesus as she witnessed to Him and to her underprivileged fellow Australians.  You have to say that she was filled and guided with the Holy Spirit.  Therefore, she had a profound conviction about what was God’s Will and what she had to do.

As Jesus stands up for the poor and disadvantaged, she did this also.  She came from a God fearing Catholic family who were not the leading lights ofAustraliaat the time, but in their own way, they were very much in touch with reality.

Mary was soon able to see that children in the country needed education.  They needed to be taught about God.

In 1863 she becomes a teacher in a Catholic school inPortland,Victoria.  In 1866 she opens a school in Penola for the local farm children.  She puts on a black dress to show that she is dedicated to God’s work.  Other women follow her example.  They join a new religious order which they themselves create.  They need to be flexible in order to serve the education needs of the people.  The Bishop of Adelaide tries to put her under his control, but Mary feels she needs more freedom and resists.

Now her famous excommunication follows. Here again, some look on this as “Mary MacKillop trying to do God’s work and being stopped by an evil Bishop”.  This is not what happened.  She never rebelled against the Bishop and, in fact, was obedient to the church despite the fact that she was right in trying to achieve that which is common in Religious Orders today.  She needed the independence to follow God’s Will in educating the young people of the day.  In 1874 the Constitution of her order was approved inRome.

When Religious Orders do God’s Will and His work, they have many vocations and new members who join them to do this work.  It is a sign of God’s Blessing on that Order.  In 1891 Mary’s Order celebrated its 25th anniversary.  They now had 318 sisters.  In other words, about a hundred women a year joined them to teach and to serve the poor ofAustralia.  They soon becameAustralia’s largest women’s’ Religious Orders.  This was a real sign of God’s presence in their work.

In this canonisation, we are celebrating and reflecting on God’s presence amongst His people.  There is absolutely no reason to doubt that God is still present with His people today.  Do we have the people who can recognise it?  Religious Orders and Catholics in general have a real example in St Mary MacKillop. 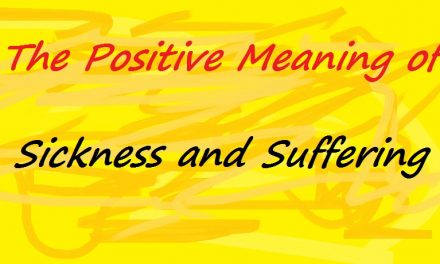 The Positive Meaning of Sickness and Suffering 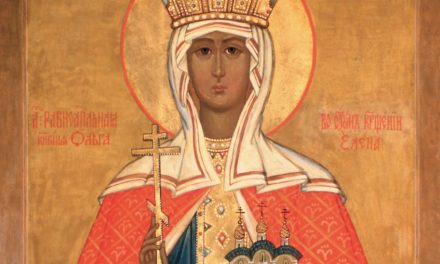