These are exciting times for the Canada’s Ukrainian Catholics. The Ukrainian Greek Catholic Church (UGCC) has enjoyed a renewal in the Ukraine and subsequently this joy has extended to their brothers and sisters in Canada and the world over. Now the leader of the UGCC, Major Archbishop Sviatoslav Shevchuk, has just completed a momentous visit to Vancouver and the Eparchy of New Westminster. Significantly, it’s also an historic time as Major Archbishop Shevchuk brings the Ukrainian Bishops synod here. The synod coincides with the commemoration of the centenary of Blessed Nykyta Budka’s arrival in Canada, the first Ukrainian bishop. (The synod is rarely held outside Ukraine, Rome during the Soviet era.) The UGCC has come a long way in the last quarter century. Twenty-four years ago in 1988, Ukrainian Catholics outside Ukraine (the UGCC is the largest particular church after the Latin Rite) celebrated 1,000 years of Ukrainian Christianity, as they commemorated St. Volodymyr’s establishment of Catholicism as Ukraine’s national religion in the year 988. At that time in the Ukraine the UGCC was still squashed under the Soviet jackboot, as the “Comrades” had liquidated the church and forced it underground. Priests and bishops had been sent to gulags, churches were given to the Orthodox, and Greek Catholics were forced to secretly practise their faith in caves. It wasn’t until the Kremlin crumbled that the church was able to reemerge from the catacombs where they were forced to “illegally” worship and perform “illegal” ordinations. Now Ukraine’s seminaries are full, even turning would-be priests away, and the faith is enjoying resurgence. On the back of this renewal, the major archbishop is injecting vibrancy back into the church. He has said he wants to visit every parish in the world to talk with parishioners. He is also very interested in ecumenical dialogue and has met with leaders of the Russian Orthodox Church and the Ukrainian Orthodox Church, both Moscow and Kyiv patriarchates, as well as other Orthodox and Protestant leaders. Major Archbishop Shevchuk also realized he faces some major problems at home and aboard as the church tries to combat a ubiquitous atheism brought on by the vacuous Soviet regime and apathy abroad. But despite these past problems the church continues to move forward as it rebounds after U.S.S.R.’s demise. Last year the UGCC published the Catechism of the Ukrainian Greek Catholic Church (in Ukrainian only, English is expected later this year). And there is also reason to celebrate the 50 years since Vatican II, and a document birthed from that council, Orientalium Ecclesiarum, or “Decree on the Catholic Churches of the Eastern Rite.” The watershed document solidified the Eastern Rites’ standing within the universal Church and attempted to combat the Latinization that had weakened some of the traditional practices in the Byzantine Rites. It was a challenge to the Eastern churches to rediscover their faiths. But perhaps the most important aspect of the visit was His Beatitude’s (that is how the Ukrainian faithful refer to their leader) connection to the people as the UGCC embarks on Vision 2020. He said he wanted to feel the heartbeat of the church and challenge parishioners to rediscover their faith as the church moves forward with its development. Vision 2020 is a long-term plan for the UGCC to emerge as a patriarchate. The major archbishop said a patriarchal designation not only offers dignity in its own right, but also testifies to the state of development of the church. He noted that as each Eastern church grows in development, it moves toward patriarchal status. Vision 2020 is a complete plan to move toward that status, a blueprint for the church’s development. Most importantly, the primate noted, it also instills vibrancy in each parish and creates a vibrant church that is the body of Christ. With the reemergence of the church in Ukraine after the Soviet troubles, the vibrancy for the worldwide Ukrainian church injected by the election of Major Archbishop Shevchuk, the publication of the Catechism of the UGCC, and the implementation of Vision 2020, I believe His Beatitude will lead the church into its elevation to patriarchate by 2020. It seems inevitable. 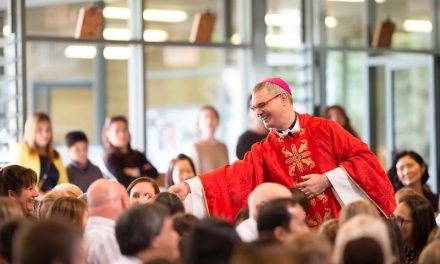 PASTORAL LETTER OF HIS BEATITUDE SVIATOSLAV 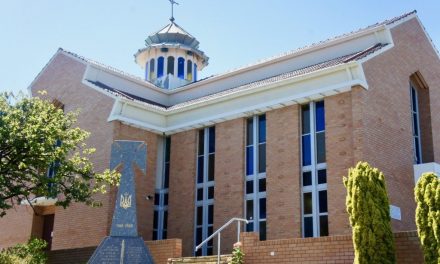 Perth invites you to their Praznyk