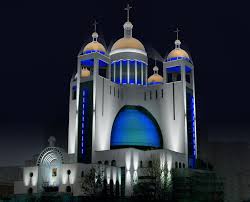 The Ukrainian Greek-Catholic Church expects more than 20,000 pilgrims to attend the Blessing of the Patriarchal Cathedral of the Resurrection of Christ and the celebration of the 1025th anniversary of the Baptism of Rus-Ukraine to take place on August 17-18.

The first pilgrims will arrive in Ukraine already on Friday, August 16th. These will be the faithful from Canada, Brazil, USA, Argentina, Australia, countries of Western Europe, Great Britain, Kazakhstan, Belarus and Russia.

Main celebratory events will take place on August 17-18 and will include: All-Ukrainian Conference of the groups “Mothers Praying”; the exhibits “Patriarch Josef Slipyi” and “The Pope and Ukraine”;

an educational forum “Christian values in education: Challenges and Perspectives”; concerts of spiritual music;  all night youth vigils; a Charitable Banquet;  a spiritual-arts program; a festive commemoration concert in the National Palace of Arts “Ukraina.”

From 9 am on August 18, TV channel Pershyi Natsionalnyi [First National] will broadcast the Pontifical Divine Liturgy during which the Main Altar of the Patriarchal Cathedral of the Resurrection of Christ will be consecrated.

The decision to build the Patriarchal Cathedral of the Resurrection of Christ on the Left Bank of Dnipro River was passed by UGCC Synod of Bishops in 2002.

Together with administrative buildings, the Cathedral creates a UGCC Patriarchal Center totaling 1.72 hectars.

On October 27, 2002, the cornerstone was blessed by His Beatitude Lubomyr (Husar) – then UGCC Head. From then on, Liturgies were celebrated in the temporary prayer chapel.

In October 2004, the cupola was blessed and there were five crosses placed on it.  The blessing was concelebrated by UGCC bishops from four continents.

On August 21, 2005, several thousand faithful participated in the celebration marking the move of the Seat of the Head of the Church from Lviv to Kyiv.

On January 19, 2006, the first Liturgy was said in the underground part of the church.

On March 27, 2011, in the Patriarchal Cathedral of the Resurrection of Christ the enthronization of newly-elected UGCC Primate, His Beatitude Sviatoslav (Shevchuk) took place.

Height of the Cathedral: 50 meters 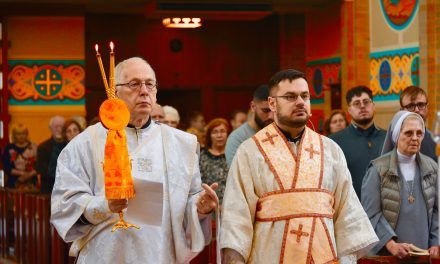 Myroslav Vons ordinated as a deacon 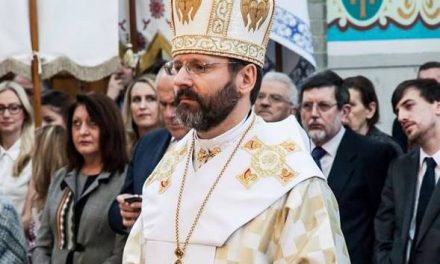 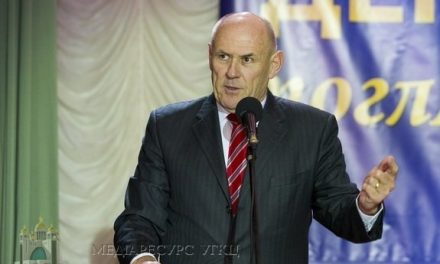 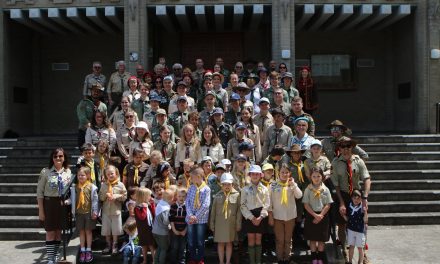