The American civil rights activist, Dr. Martin Luther King Jr. wrote in The Measure of a Man (1959), that: “[The] “body in Christianity is sacred and significant. That means in any doctrine of man that we must be concerned with man’s physical well-being. It may be true that man cannot live by bread alone, but the mere fact that Jesus added the “alone” means that man cannot live without bread. Religion must never overlook this, and any religion that professes to be concerned about the souls of men and is not concerned about the economic conditions that damn the soul, the social conditions that corrupt men, and the city governments that cripple them, is a dry, dead, do-nothing religion in need of new blood”. (King Jr., 1988, pp. 13 – 14).

No one can reasonably dispute the inherent truth contained in the passage from Dr. King; the wide range of international relief organisations and agencies are strong testament to the emphasis that the contemporary world places on improving the physical welfare of peoples. Most modern nations have departments specifically created to ensure that the citizens who comprise their nation, do not fall below a certain standard of living. Nations speak of basic wages; of family and social benefits; and of free access to education and health services. This being said, one can question that what has perhaps been lost in the battle to fight against material poverty is a holistic appreciation of humanity, a present day failure to acknowledge that man is made not only of flesh, bone and blood – but that he is also a spiritual being. Whereas physical poverty in its worst case scenario can and does lead to malnutrition, starvation and death; a recognition of man also having a soul, should raise in our collective consciousness, the need not only to see that our neighbour has sufficient means for their physical livelihood, but that they also have the sustenance to keep their soul from perishing. To many such a remark will appear particularly contentious, especially so in a western world, where many have lost a belief in God. Yet for those of us who still maintain a belief in God, spiritual poverty should be perceived as a real threat to humanity, as real a danger as material poverty; for as the body can be tormented and killed, so too an individual’s soul can be destroyed. Thus to modify Dr. King’s conclusion: “Religion must never overlook this, and any religion that professes to be concerned [about the bodies of men and is not concerned about the spiritual climate that pollutes and defiles the soul] … is a dry, dead, do-nothing religion in need of new blood”. (Ibid)

So what are the observable marques of material and physical poverty? Emaciation of the body, distended and contorted features; the inability to concentrate for lack of nutrition; the living on the streets or the living in housing that can hardly be given such a name; the lack of opportunity to break free from the fierce daily struggle of hand to mouth existence. Yet similarly, what are the marques of spiritual poverty? The quick answer would be the culture of death, where abortion is chosen in place of the bringing forth of a new life; where suicide, drug addiction, and pornography are the barometers of a society becoming listless and falling into despair. Are these not real issues of poverty – as deadly as those that come to us in video footage from the streets of Kolkata? Do not our exquisite, large houses shroud a myriad of spiritual illnesses? If the answer is indeed in the affirmative then why do we not have commissions and organisations that fight for our souls with the same determination as those which are eager to rescue our bodies? Why? The answer is relatively simple – many speak about Spirit, but few believe in Soul. To believe in Soul, pre-supposes a belief in Something that has created the material world, and which is eternal. That Something is of course, God. Once God is taken out of the equation – humanity then is discussed on levels that relate to the concrete and physical. Hence we are concerned with the ‘body’ as we can see and touch the body. Thus we reject the notion of the ‘soul’ for where can our senses grasp such a concept? Marxism with its class struggle over materialism – sought to kill the ‘opiate of the people’, but by so doing relegated man from being a child of God to a rung on the ladder of the animal kingdom. Dialectical materialism, concentrated solely on the material; and this paradigm has been operative from ongoing generation to generation.

If we are mere animals then we operate in a zoo existence: feeding, reproducing, defecating, entertaining and being entertained. But if we bear within our natures a marque of the Divine – do we also not have needs and wants that go far beyond the material? Do we not have the potential to aspire beyond the bars of the zoo, where many biologists and zoologists have now placed us; and oddly enough, where many of us, are quite contented to remain placed? If we accept that we have Souls, then indeed Society and the State has to allow for laws and measures to improve our spiritual welfare, in like fashion as the State insists on eradicating abject material poverty. If the State does not recognise spiritual poverty; then in reality we have a State that is worth less than the sum of individuals who comprise it; for they are willing only to rescue the body from corruption. Thus atheistic utilitarianism sells humanity short, because the paradigm from which it launches, is only a half-truth; and thus we can never be fully happy with such a theory

If we truly wish to be defenders of human rights; if we truly seek justice and wish to combat poverty – then we need to broaden our minds and reacquaint ourselves with the fullness of humanity, which is body and soul. A failure to strike this balance will have us live in a continued and devastating myopic moral paradox of people willing to rescue beached whales while simultaneously justifying the abortion of the unborn child. 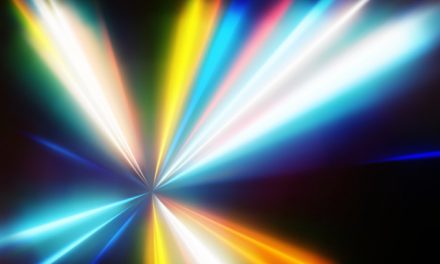 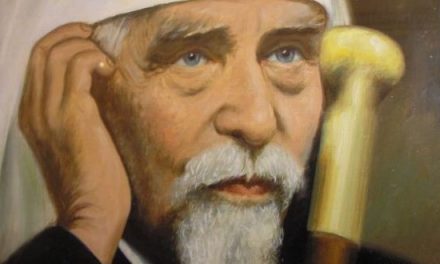