In Australia, there is no shortage of people who are constantly agitating for the introduction of laws which would allow voluntary and involuntary euthanasia. The Catholic Church has always and will always be opposed to this, as it is seen as breaking God’s commandment.

A little history lesson would be useful here. Nazi Germany was a world leader in the introduction of euthanasia laws. On the 14th of July, 1933, the Nazis introduced compulsory sterilization of people suffering from hereditary weaknesses. To be fair, some European countries and American states had similar laws, but in 1929, Hitler began campaigning not just for sterilization laws, but also for laws which enabled the legal killing of what he called “degenerates.” In 1939, the killing started on mass. This was targeted at his own German citizens – the sick, the incurable, the mentally and the physically ill. In fact, he decided to get rid of all the sick and wounded soldiers from the First World War as well – they were too expensive to maintain within society, especially since a Second World War was being planned. The Nazis employed starvation techniques, lethal injections, and carbon monoxide gas, amongst other things. The Nazi government lied to victims’ families about the sudden deaths of their family members. All this happened before Hitler legally introduced euthanasia as a means of ethnic cleansing.

However, Hitler did not fool everyone. The Catholic Church, for instance, objected very strongly – Pope Pius XII strongly protested, as did Bishop Clemens August, Graf von Galen. He risked everything, even his life, to stand up to his leaders’ policy. He preached a series of sermons, which became very popular. They were printed and widely distributed. Many Germans were appaulled and took up the protest. The BBC made copies of these sermons and dropped them around occupied Europe by plane. Hitler wanted this Bishop killed, but was advised not to order this as the Catholic priests in Germany would then turn against him. He listened to this advice and instead proclaimed that he would handle the Catholic Bishop after the war, for the time being imprisoning the Bishop. Bishop Clemens August, Graf von Galen survived the war, Adolf Hitler did not.

So what can we learn from this? For one, if we can effectively communicate our collective opposition to euthanasia, then perhaps the message will get through. You can make a difference.

Also, we should note that Australian sympathisers of euthanasia are very secularist, some anti-Catholic, some are just thinking on practical terms, as the Nazis might have, but Germany had more problems than Australia has today. Who will arise and wisely lead the anti-euthanasia campaign – someone has to!

Christ’s message echoes concern for the poor, the ill, and those on the margins of society. We cannot avoid the poor, shun the ill, the outcasts, or hate our enemies. We must rediscover the gospel message. We cannot mock religious faith, because it can lead to unintended consequences.

Let us not be fooled by the arguments which are used to persuade us – that euthanasia is actually a good and useful thing – because that is exactly what Nazi politics argued. Like Hitler’s, the arguments we hear today are nothing more than utilitarian. Euthanasia is a great evil. Permitting it to be legislated in Australia would be a grave evil, which would reflect very poorly on us as a nation.

Why do we preach? 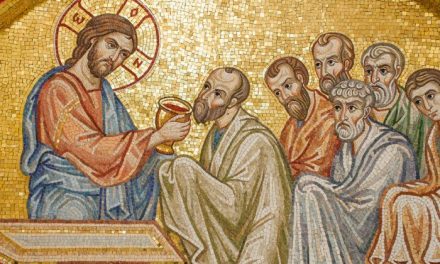