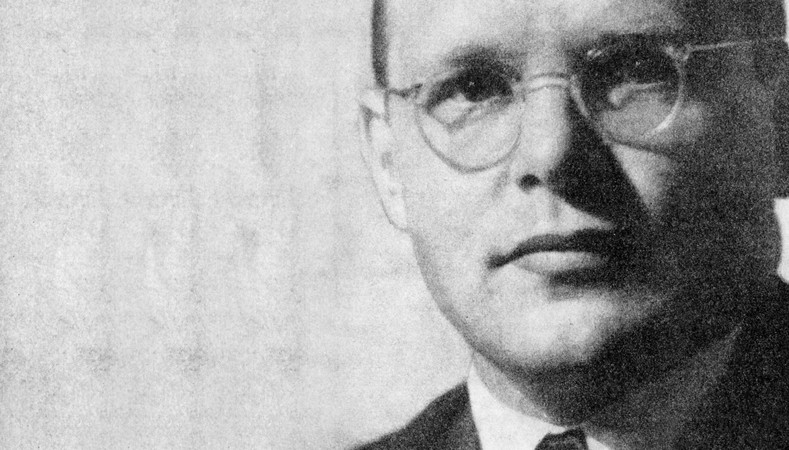 In the northern hemisphere summer of 1939, during those precarious months before World War II, Professor John McNeill, arriving for the summer school session at Union Theological Seminary in New York, opened the door to his temporary living quarters, to be greeted by the strong scent of cigarette smoke. Going over to his new desk, McNeill was surprised to find copious sheets of stationery covered in illegible handwriting, as well as large quantities of cigarette butts. McNeill mused as to what mind and what manner of man had lived here in the previous Semester. It was only a while later that McNeill was informed that the previous lodger had been a 33 year old theologian from Berlin; a theologian torn between an invitation he had received to stay in the United States, an offer sculptured by no less than Paul Tillich and Reinhold Niebuhr; and a sense of responsibility to return to his homeland – to a nation, quickly falling completely under the dark immoral, hypnotic, shadow of Nazism.

For many who read this essay, there would have been no necessity even to choose between the two scenarios; but for Dietrich Bonhoeffer, on the 20th of June, 1939, a deliberate choice was made. To the surprise of those at the Union Theological Seminary – Bonhoeffer had rejected a lectureship in order to live and most likely die in Germany. As Bonhoeffer wrote to Niebuhr, in rejecting the offer: “I have made a mistake in coming to America. I must live through this difficult period of our national history with the Christian people of Germany. I will have no right to participate in the reconstruction of Christian life in Germany after the war if I do not share the trials of this time with my people … Christians in Germany will face the terrible alternative of either willing the defeat of their nation in order that Christian civilization may survive, or willing the victory of their nation and thereby destroying our civilization. I know which of these alternatives I must choose …”. (Bethge, 2000, p. 655).

For six years Bonhoeffer had passively resisted Nazism; he had taught his seminarians at Finkenwalde, that there was a loyalty to God that preceded fealty to the Führer and the State. This being so, how could Bonhoeffer who had criticized the great assemblies of Protestant Churches in Germany for their lack of strength in the face tyranny, now take an option of comfort and safety, while his family and his students – bled? Indeed what greeted McNeill that summer’s morning in his new flat, was the effect of the lingering echo of a spirit of a man – a great and good man, a man who had had to struggle between thoughts of life and death. McNeill’s room had in fact been the previous occupant’s Gethsemane.

Bonhoeffer had recognized early the depravity deeply ingrained within the messianic promises of Adolf Hitler. What had initially alarmed him was the Aryan Clause – a law introduced by Hitler to slowly sift the Jews of Germany from out of the Aryan workplace; this Law had not only impacted on a number of his pastor colleagues who were Christians of Jewish extract, but also on members of his family, such as his sister, who had married a Jew. In addition Bonhoeffer had been disconcerted by the way in which, the leaders of the Christian Churches of Germany had virtually capitulated and acquiesced to Hitler’s authority – accepting the Führer’s ideas of religion being a tool, a play-thing of the State. As Bethge writes: “His [Bonhoeffer’s] theological insight enabled him to warn his listeners – only two days after the frenzy surrounding Hitler’s ascent to power – that should the leader “surrender to the wishes of his followers, who would always make him their idol – then the image of the Leader will gradually become the image of the ‘misleader’ … Leaders or offices which set themselves up as gods mock God”. (Bethge, 2000, p. 260). Bonhoeffer had also become increasingly frustrated by the way few Christians were prepared to speak up in matters that were unjust, matters so unjust that the stones themselves would have to shout if no human voice dared rise up. (cf. Luke 19: 40).

For six years Bonhoeffer had passively resisted Nazism; he had taught his seminarians at Finkenwalde, that there was a loyalty to God that preceded fealty to the Führer and the State.

Many people know the story of Bonhoeffer, the theologian of international repute; the Christian martyr who died but a few weeks before the end of the war; one of the last individuals to be tried and executed for treason in Nazi Germany. But relatively few people know the depth of Bonhoeffer’s courage; for Bonhoeffer rejected safety many times. In 1941 Bonhoeffer was twice in neutral Switzerland; and in 1942, he travelled to Norway, neutral Sweden twice, as well as Switzerland once more. At any point Bonhoeffer on these journeys could have escaped – but had he done so, he would have lived a lie. In his heart was a vision, a vision that he refused to give up on; in his words: “The essence of optimism is not its view of the present, but the fact that it is the inspiration of life and hope when others give in; it enables a man to hold his head high when everything seems to be going wrong; it gives him strength to sustain reverses and yet to claim the future for himself instead of abandoning it to his opponent … The optimism that is will for the future should never be despised, even if it is proved wrong a hundred times”. (Bethge, 2000, p. 734).

The Dominican mystic, Johannes Tauler once noted that there is no great virtue in a hermit resisting sexual temptation – but greater virtue in a person immersed in society resisting temptations that are ever present; that tear at the soul; that demand his attention, that constantly claw out from him daily a moral choice. So it can be said too about courage. If a person has no choice about a situation – they can indeed be courageous – but there is greater courage shown by that individual who having a way out – still chooses the harder path, because of a love of virtue.

The essence of optimism is not its view of the present, but the fact that it is the inspiration of life and hope when others give in; it enables a man to hold his head high when everything seems to be going wrong; it gives him strength to sustain reverses and yet to claim the future for himself instead of abandoning it to his opponent …

On April 9, 1945, a few weeks before the end of the war; Pastor Dietrich Bonhoeffer, was led out of his cell, completely naked, so as to humiliate him. Bonhoeffer was not to be offered the dignity of a hangman’s rope – but instead a noose of chicken wire. What better epitaph could have been written about a man who died with as much courage as he had lived his life, then in the words of a witness to his execution, the camp doctor, who would write: “I saw Pastor Bonhoeffer … kneeling on the floor praying fervently to God. I was most deeply moved by the way this lovable man prayed, so devout and so certain that God heard his prayer. At the place of execution, he again said a short prayer and then climbed the few steps to the gallows, brave and composed. His death ensued after a few seconds. In the almost fifty years that I worked as a doctor, I have hardly ever seen a man die so entirely submissive to the will of God.” (Bethge, 2000, pp. 927 – 928).

Such was the end for Dietrich Bonhoeffer, a man who by dying a traitor’s death – left this world as a true patriot and as a Christian gentleman. Bonhoeffer did not wish suffering nor a martyr’s death; but as he would write soon before his arrest as a conspirator against the Third Reich: “The ultimate question for a responsible man to ask is not how he is to extricate himself heroically from the affair, but how the coming generation is to live. It is only from this question, with its responsibility towards history, that fruitful solutions can come, even if for the time being they are very humiliating”. (Bethge, 2000, p. 797). Thus he entered Paradise. 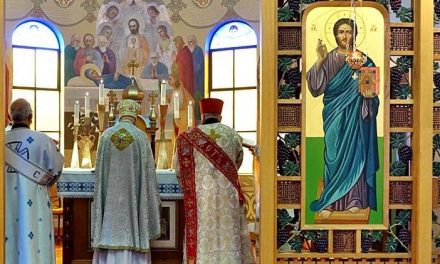 Christ Our Pascha – Catechism UGCC: The “Our Father”