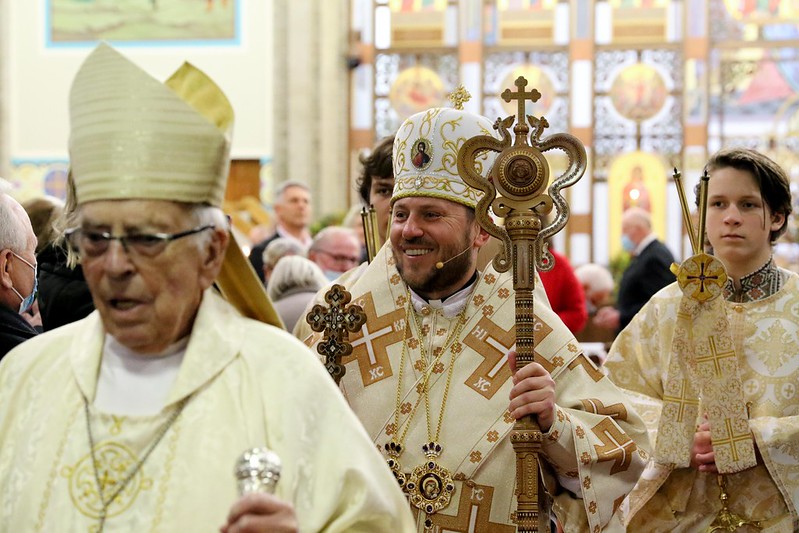 Newly appointed Ukrainian Catholic Church Bishop Mykola Bychok CSsR was installed as the third Eparch for Ukrainians in Australia, New Zealand, and Oceania in a traditional Eastern Rite service at the Ukrainian Catholic Cathedral of Sts Peter and Paul in Melbourne on Monday 12 July.

The Rite of Enthronement is a significant event for the Ukrainian Catholic Church, serving as a strong symbol of continuity after 70 years of Ukrainian settlement in Australia.

Bishop Mykola’s appointment as Eparch was announced by Pope Francis in January 2020, following the retirement of Bishop Peter Stasiuk CSsR, who has served as Eparch since 1992.

The enthronement was rich in Eastern Rite traditions but also highlighted the coming together of the Eastern and Western wings of the Universal Catholic Church. As part of this historic ceremony, Bishop Mykola proclaimed the Confession of Faith to the Catholic Church on a 130-year-old Gospel published by the Kyiv Pechersk Lavra.

‘Vladyka Bychok – Bishop Mykola – has come among us from the other end of the world for one reason only: to proclaim the Gospel of Jesus Christ, to declare, as Peter did, “you are the Messiah, the Son of the living God”,’ said Archbishop Comensoli.

‘Bishop Mykola, your enthronement today is not simply a religious dedication of pomp and circumstance; it is more properly a manifestation of the identification of your life in the life of the Crucified Risen One. You have become the Father of these People; they have become your household in faith. For as long as you are their Bishop, you are bound to them in exactly the same way in which Christ bound his first apostles to the life and order of the Church.
Bishop Mykola was born and raised in Ternopil in western Ukraine. After studies in Ukraine and Poland he was ordained priest in 2005. His priestly ministry has seen him serve in Russia, Ukraine and the United States, where he has spent the past five years.

Upon his appointment, Bishop Stasiuk said his successor’s youth and interest in ministry to young people will be a great asset to Ukrainian Catholics in Australia, New Zealand and Oceania.

Although his appointment was announced in January 2020, it took more than a year for Bishop Mykola to arrive in Australia due to travel restrictions from the coronavirus pandemic. In fact, he celebrated the first anniversary of his episcopal ordination just days before landing in Australia.

‘God works in mysterious ways. He has called me to serve Him here [in Australia],’ said Bishop Mykola.

‘For me, it is a great honour and challenge to be the third bishop of the Eparchy of Saints Peter and Paul of Melbourne for Ukrainian Catholics in Australia, New Zealand, and Oceania.’
Juliana Hassett and her family attended the enthronement and were filled with joy on the occasion. ‘It’s a big day for us,’ said Juliana. ‘It’s sad to farewell Bishop Peter Stasiuk who’s been sensational, but he will now take some well-earned rest. And we’re thrilled to have this young, enthusiastic bishop who is the fourth youngest Catholic bishop to be appointed.’

In his closing remarks, Bishop Mykola expressed his gratitude to all in attendance and to his parents back home in Ukraine.

‘I thank my parents … even though they are far from me today in Ukraine, they are joined to me in prayer. My heart is filled with joy to God for my vocation to my priestly and episcopal ministry.’

Bishop Mykola also thanked his predecessor Bishop Stasiuk, whom he described as his “father-mentor”.
‘I have learned from you to be a good pastor for our Eparchy. I look forward to being the good shepherd of our flock and working in partnership with our parishes and community for many years to come.’

Source: The Catholic Archdiocese of Melbourne 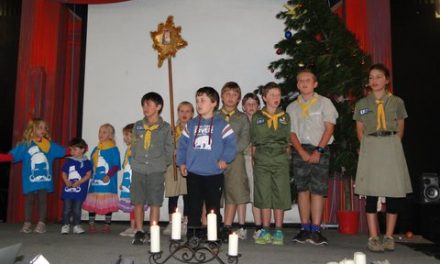 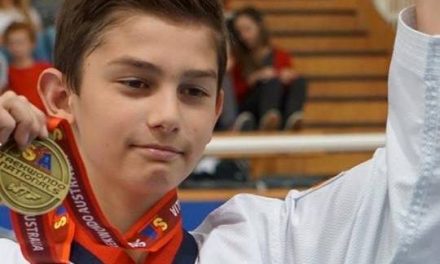