We live in peace and prosperity. There are no warplanes soaring above us, deciding by way of government policy or a nervous trigger finger, whether we live or die. We drink good water, we have excellent medical care, we have high standards of education. When we turn on our plasma televisions, we see how the ‘primitive’ people live; they run through the streets, protesting and hurling abuse; they resort to acts of terrorism, to gain the attention of the world; they wear second-hand clothes donated by Oxfam and World Vision. When they smile on our screens – their teeth are either rotten or crooked. In deference to our prosperity – when we visit their countries – they treat us according to our elevated station. We rationalise that they are where they are because of some defect in their cultural make-up, or because of a non-existent work ethic. They speak languages incomprehensible to us, and when we hear it spoken, we thank Providence that we speak the language of Shakespeare and not the language of the Third World. In fact, it is the English language, we muse, that has immunized us from backwardness; spurred on by some mystical, self-preserving force contained in its semantics and syntax.

For a brief moment, let thoughts of economic, social and cultural superiority be suspended. Let us think candidly and honestly about what would happen if in our cities for a month – without any of us being given prior notice, the electricity was turned off. Our stainless steel refrigerators, that contain ice-making facilities as well as small video screens, would be rendered useless. Our fast food stores would be mere shells, museum pieces to the Age of Obesity. At night, as we sit down to drink our powdered milk we recline either in complete darkness or by candlelight. Like our distant ancestors, our lives would return to the cycle of the seasons – going to sleep early in the winter, and later in the summer, according to the variations of sunlight. Our home entertainment devices would be mere paper-weights, collecting dust. Our Hi Fi systems would be very attractive, shiny pieces of metal and plastic, with no added purpose; and the Xbox and the Wii – an aberration of design. Without street-lights the thief would walk disguised in darkness, unhindered by the sophisticated alarm systems we have installed. We would need to manually open our remote control garages so as to go to work in the morning – our journeys would become increasingly treacherous due to there being no traffic lights – and on our return in the evenings – with the absence of adequate street lighting, home and hearth would seem ever further away. We would be lucky to return home without seeing a major accident – and subsequent road rage. In winter – those with ducted reverse-cycle air-conditioning, would shiver in their homes.

In such a scenario, would we as a people of our modern nation – be able to hold on to our famed ‘civilized’ nation status? Would ‘mateship’ and fraternal goodwill, continue to be our boast, if the power outage was to continue for yet another month, and if our modern conveniences that we have spent so much of our salaries on were to be left in ‘suspended animation’ -inconveniently, dead? How long would it take for the darkness of the night and the subsequent vulnerability of our neighbour, to go on, before we, the righteous, became opportunistic? At what point in the intricate recipe that together forms the public conscience of our nation – do we in this scenario of power outage come closer to that ‘critical mass’ – a point at which public order suddenly shifts to ever increasing chaos? Most men have their price – whether that price be monetary, or circumstance; what would our price be? How close are we in reality to that we so readily scorn?

St. Thomas Aquinas in his epic work, Summa Theologica once noted that it is not the threat of punishment or of suddenly being discovered that makes a man good. Any man who is obedient to the laws of Church or State because of a fear of subsequent retribution if these rules are broken, is in fact a man enslaved; for this man cannot see that the real goal of being ‘good’ is the love of goodness itself. Long before Helga’s Bread alerted by way of television advertisement – that character should be defined as what the individual does when unobserved; Thomas Aquinas advised that the highest level of goodness is that in the heart of the individual whose sole motivation is to choose the highest course of action, irrespective of the particular circumstance they may find themselves faced in; irrespective of whether their actions are seen or unseen by another human being.

In the Gospel of St. Luke, (cf. 18: 18 – 19), the evangelist has Christ comment that the term ‘goodness’, should be reserved for God alone. Christ’s teaching although disparaging in the eyes of secular humanists – is accurate if one looks at the account of His Crucifixion in the Gospels. Christ the teacher who had always preached a mission of love; a man who had healed the sick, who had given hope to the poor and marginalised, is taken like a thief, stripped of His clothing, is deserted by His friends, and beaten to within a moment of His last breath. Then this innocent man, is found guilty of nought else than the Truth, a Truth that others refused to see. He is forced to carry His tool of execution – and is ridiculed on His journey to the place where He will be nailed to the Cross. Hanging by the nails that have pierced His hands and feet, Christ amidst all the emotional suffering and physical torment – highlights to the Ages that only God has the capacity for goodness. He does not curse His executioners or tormentors; nor does He call as He could have done for the power of the Holy Trinity to destroy not only those who were guilty of this crime – but also to swallow the entire universe in a justified display of Divine retribution. To the very last gasp – He loves. The man more sensitive to pain than any other who has lived – (because of His utter goodness) – conquers immeasurable suffering through immeasurable goodness.

The German Dominican mystical theologian of the 14th Century, Meister Eckhart, once scandalized his audience by addressing them in a sermon that God was indeed – not good. The subtleties of Eckhart’s thesis were lost on the poorly educated parishioners who promptly reported him for heresy. Yet today the genius of Eckhart is more and more duly realized. Part of Eckhart’s sermon reads: “God is nameless, for no man can either say or understand aught about Him. If I say, God is good, it is not true; nay more; I am good, God is not good. I may even say, I am better than God; for whatever is good, may become better, and whatever may become better, may become best. Now God is not good, for He cannot become better. And if He cannot become better, He cannot become best, for these three things, good, better, and best, are far from God, since He is above all. If I also say, God is wise, it is not true; I am wiser than He. If I also say, God is a Being, it is not true; He is transcendent Being and superessential Nothingness. Concerning this St Augustine says: the best thing that man can say about God is to be able to be silent about Him, from the wisdom of his inner judgement. Therefore be silent and prate not about God, for whenever thou dost prate about God, thou liest, and committest sin. If thou wilt be without sin, prate not about God. Thou canst understand nought about God, for He is above all understanding. A master saith: If I had a God whom I could understand, I would never hold Him to be God”.

Eckhart uses paradox to highlight that labels can never be successfully attached to God. For even though Christ taught, that only God is good, this very notion of goodness, is limited by what man perceives to be goodness – and whatever this perception be – God’s goodness must be far greater. A group of ‘wholesome’ pilgrims such as those that Chaucer has us read riding to Canterbury have their spectrum of ‘goodness’, and one can be assured that even the holiest of theologians will fall far below the Divine bench-mark. All we can say is that in the life of Christ – we have a model by which to strive to our highest level of being – our maximum level of goodness, or rather Godness. 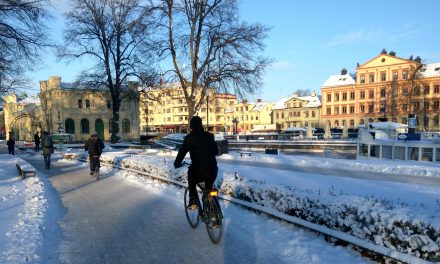 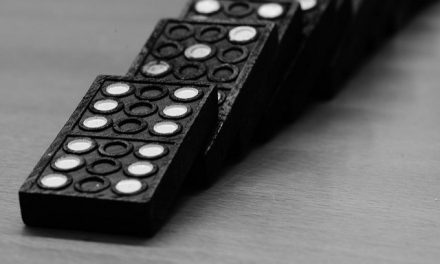 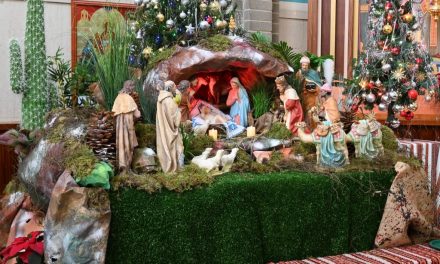