The German poet, dramatist and philosopher, Johann Christoph Fredrich von Schiller (1759 – 1805), became a household name and European sensation while still in his early twenties, by virtue of his plays: Die Räuber (Eng. The Robbers – 1781) and Kabale und Liebe (Eng. Intrigue and Love – 1784). Yet for all this fame and all that was still to come, nothing had as great an impact on Schiller’s life than his marriage to the intelligent and upright, Charlotte von Lengfeld (1766 – 1826). As Schiller was to recall soon after their marriage: “’Life is quite a different thing by the side of a beloved wife, than so forsaken and alone; even in Summer. Beautiful Nature! I now for the first time fully enjoy it, live in it. The world again clothes itself around me in poetic forms; old feelings are again awakening in my breast. What a life I am leading here! I look with a glad mind around me; my heart finds a perennial contentment without it; my spirit so fine, so refreshing a nourishment. My existence is settled in harmonious composure; not strained and impassioned, but peaceful and clear. I look to my future destiny with a cheerful heart; now when standing at the wished for goal, I wonder with myself how it has all happened, so far beyond my expectations. Fate has conquered the difficulties for me; it has, I may say, forced me to the mark. From the future I expect everything. A few years, and I shall live in the full enjoyment of my spirit; nay, I think my very youth will be renewed; an inward poetic life will give it me again’”. (Carlyle, 1890, pp. 132 – 133). The marriage of Schiller to Charlotte would be one lauded in history as being happy and fruitful for both partners. Charlotte would bear Schiller four children: two sons and two daughters, and in a burst of inspiration, Schiller would write some of his most important dramatic and philosophical works. The marriage would not be a long one – Schiller suffering patiently the torments of poor health, would die in his forty-sixth year; leaving Charlotte a widow before she had turned forty. Yet from this happy marriage one of the greatest odes to love has been handed down for posterity, ironically not from the pen of the famous husband, but from that of his noble wife, who had stood beside him through every moment of his physical agony that lasted over a decade. As Charlotte wrote to her husband: “Even if you had failings, I would be forbearing. It is not love to paint a picture of perfection in one’s heart – but love to accept your beloved with a heart filled with love”.

If a person has a heart swelling with love and free of bitterness, they have a capacity to endure far more in the everyday course of events of life than the individual who walks each day under a cloud of anger and hate.

In his work of 1937, Providence, the Dominican theologian, Fr. Reginald Garrigou-Lagrange (1877 – 1964), details how our capacity to love, or lack of, controls the tenor of our relationships, both in matters personal and professional. If a person has a heart swelling with love and free of bitterness, they have a capacity to endure far more in the everyday course of events of life than the individual who walks each day under a cloud of anger and hate. In the former case the individual will often take what comes with a degree of optimism, giving their neighbour the benefit of the doubt, while also giving their neighbour their due. In the latter case, the individual whose heart is filled with envy, greed, anger or bitterness, is always ready to believe the worst of others. As Fr. Garrigou-Lagrange explains: “The great obstacle to this benevolence is rash judgment. This is something more than a simple impression; it consists in affirming the presence of evil on nothing more than slight evidence. People make things out to be twice as bad as they are, usually through pride. If the matter is grave and there is full deliberation and consent, a judgment of this sort is a serious failure in justice and charity; a failure in justice, because our neighbor has a right to his good reputation, a right which, after that of doing his duty, is one of the most sacred he has, far more so than the right to his property. There are many who would not think of stealing five dollars, yet they will rob their neighbor of his good reputation by rash judgments without any solid foundation in fact. More often than not, the judgment is false. How are we to estimate truthfully the interior intentions of one whose doubts, difficulties, temptations, good desires, and repentance are unknown to us? And even if the rash judgment is true, it falls short of justice, since in thus passing sentence we arrogate to ourselves a jurisdiction that does not belong to us. God alone can judge of the intentions of the heart so long as they are not made sufficiently clear externally.” (Garrigou-Lagrange, 1937, p. 353).

Jesus had deep emotions of love toward people, and he prayed deeply about every event in their lives; and he also had wide emotions, loving everyone he encountered with equal depth.

The great Spanish mystic, Saint John of the Cross (1542 – 1591), while incarcerated in a cell barely enough to lie down in, and without sufficient light to see for most of the day, had a vision of Christ on the Cross. What was unique about his vision was the perspective taken – looking downward from north to south – down the length of the Cross. Centuries later, another Spaniard, Salvador Dali (1904 – 1989), using the sketch made by St. John of the Cross, painted his now internationally recognizable, “Christ of Saint John of the Cross” (1951). While maintaining the perspective of Saint John of the Cross, Dali has removed the nails from Christ’s hands and feet – and by sheer use of colour gives the impression that the limbs of the cross are reaching out across all time and space – across the face of the earth. It is as if the painting is teaching us that there is no limit to the span of Christ’s love, neither in the breadth or in depth of how God loves. St. John Chrysostom, in words that may serve as a prophetic foretelling of Dali’s painting, sums up the need to daily expand one’s capacity to love, and by so doing emulate the love of Christ on the Cross – depth and breadth: “We often speak of human emotions as having dimensions. One person is said to have deep feelings, while another is said to have a wide and open heart, while another is said to have a heart which is narrow and closed. Of course, these are simple images; yet what do these images truly convey? When our emotions are deep toward a person or event, it means that we cannot ignore that person or event, but must remain closely involved. When our emotions are wide and open, it means that we can respond to many people and events, not just a few. Jesus had deep emotions of love toward people, and he prayed deeply about every event in their lives; and he also had wide emotions, loving everyone he encountered with equal depth. This is how we must aspire to become. Shallow emotions lead to apathy and complaining; so they make is indifferent toward other people and toward the events which shape their lives. And narrow emotions enable us to ignore the cries of pain and suffering that we hear all around us. To be a Christian means to extend one’s heart both downward and outward”. (Chrysostom, 1996, p. 79).

In a contemporary world where many would fail emulating Charlotte’s love – deserting an invalid spouse; how much more challenging is the image of Christ on the Cross – calling us to reach out, even to those who revile us – calling us out to such as those, and loving them with a heart filled with love

The Romance between Charlotte and Schiller is a love that existed between two individuals in history. Without doubt, there was depth and breadth in their love. Yet Christ demands of all who wish to be known by this name, a notion of love that turns enemies into friends, and strangers into neighbours. How much greater was the love that Christ bore for his enemies than that Charlotte bore for her husband – for in the case of Charlotte, she understood unequivocally that her love was reciprocated, with every manly beat of Schiller’s failing heart – yet as strong as Schiller’s love was for Charlotte, so was the hatred of Christ’s enemies, towards Him – and yet Christ still loved these people. In a contemporary world where many would fail emulating Charlotte’s love – deserting an invalid spouse; how much more challenging is the image of Christ on the Cross – calling us to reach out, even to those who revile us – calling us out to such as those, and loving them with a heart filled with love. 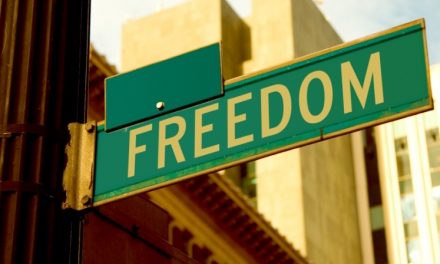