Imagine that you had been born blind, and since the days of your childhood, had had to rely on your imagination to piece from sounds and conversation, just how the world looked. Let us say, for arguments sake, that for forty years you had not the sense of sight – but from touch, smell, hearing and taste, you had gained and formulated a vision of your existence and the existence of others. Intelligent and capable as you are, you became successful enough in life to own your own business and to have a family.

Then one day as you were walking in your house, you tripped and bumped your head, and miraculously light began to appear, to open its way into what had previously been a vault of impervious darkness. Hearing your call for help, your wife runs to you; your children follow close behind. As your blurred vision begins to sharpen with each passing moment; you place the voices that you had come to know and love, with shapes of figures and faces, and the sounds emanating from them.

So this is what my wife looks like; and this is my son; and this is what tears of joy look like? You embrace your loved ones – they kiss you and you see smiles. Your wife showers you with kisses; your son and daughter, help you up on your feet. You grasp the hands of the basin – a basin that you have touched countless times; you see the plug hole – you turn the tap and see the water rush into the basin; and then a terrible realization occurs.

For the first time in your life you see a mirror, and in that mirror you see a stranger. Someone is looking at you. Your every movement is being shadowed by that stranger staring at you. He looks as puzzled as you are. Who is this man?

Later that evening you return when all are asleep to the bathroom – and there you sit in front of the mirror; staring at this strange man.

You begin to compare yourself with all those that you have seen through out the day. You smile, you grimace, you feign sadness; you go through every emotion that you know you have lived through, that your memory can recall. Is this what people have seen?

As you look at yourself you discover that indeed you can simultaneously say one thing from your heart, and mean quite another by the way you look. In an instant you understand that one can lie by way of body language. You now no longer just have a voice – you have a demeanour; and so now also do the people all around you.

Each day you learn about people anew; and they also are learning more about you. You look at them, and because of your look, they now wonder what you are reading into them; not reading into the content of the conversation – but what are you reading into their being. Can you see through them?

Before you gained sight, your friends did not need to worry about their appearance – but now you look at them. You look deeply at them. You look at them with the same visage of a man waking from a coma – a child born as an adult. You and those around you are now beginning a process of re-adjustment – in essence, you are all taking part in a crisis of identity. One person’s miraculous cure is now impacting on you all.

Christ announced during His mission in first century Palestine, that He had come not to abolish the law – but to fulfil it. (cf. Matthew 5: 17). Yet even so, Christ was questioned many a time by the Pharisees about how He would apply the letter of the Law in particular circumstances. Christ was quizzed about whether a woman should be stoned having been caught in the act of adultery (cf. John 8: 1 – 11); about whether a person who was sick should be healed on the Sabbath (cf. John 7: 23), and whether He had the authority to forgive sins. (cf. Matthew 9: 5).

All these questions arose from the hardened hearts of men, hearts that had become so self-righteous that compassion and mercy had been suffocated. Christ had called for the Law’s fulfilment, but the entire identity of the Pharisee’s depended on the most strict implementation of the Letter of the Law. The People in Darkness had indeed seen a great Light – but  this Light, a Light that had brought sight to the blind; also had the capacity to blind those who had refused to be brought out of the dark.

Any profound change brings with it, painful and confusing transition. For those who enjoyed the darkness, Christ with his beaming radiance of Truth, not only initimidated – his very visage questioned.

When one has an epiphany with the Truth; three things can happen with regard reacting to this revelation: one can rejoice and commit to the Truth; one can react by seeking to destroy the Truth for having dis-affected one’s conscience; and lastly, one can attempt to be ambivalent, by doubling one’s conscience, in the hope that over time, the Truth will become less Truth-full. The Truth of Christ, challenges. It has to challenge for otherwise we would all be perfect, without tendency to sin.

The very fact that we are all sinful, means that when we come close to God, we understand more and more our shortcomings and failings. The most profound crises of identity derive from powerful epiphanies – those that shatter our being to the core. The greatest saints of the Church, have often had one thing in common, an encounter with God, a God calling them out of their very sinful lives.

The way that these individuals looked at the world after their conversions, was so vastly different; because they had indeed lived as blind men and women, and now they had had their sight restored – and the entire world, from their very self, to the world of those intimate with them, to the society in which they lived, took on a different shape. These people had been found out, for what they were – and they had now been called out by Christ.

Thus it was on the road to Damascus, that the greatest persecutor of the early Church, Saul, was blinded by the blazing light of Christ. Struck off his horse, Saul’s transition from persecutor to missionary, went by way of a condition that forced him to reconsider what he up until then had comprehended as the world around him. Without the ability to outwardly see, Saul was forced to look inward – and indeed when his sight was restored him, both a powerful physical and spiritual re-awkening occurred. The man we know today as St. Paul, changed the world, by having had the way in which he saw the world irrevocably changed.

If the Gospels do not challenge, cajole, discomfort or unnerve us, then we do not understand their purpose. Ironically Christ was not hated because He was hateful – He was despised because He preached Love, not as some form of temporary emotion, but Love as a template by which to order living.

Christ never preached a Gospel of self-satisfaction; rather He preached that true Love requires self-sacrifice and undying personal commitment. Christ was crucified not because he told the masses what they wanted to hear – but because He revealed the Truth. (cf. Luke 6: 23).

The Gospels seek to rouse us from our slumber; they seek to transform us from all that we think we are, to what God knows we can become. In the Gospels, those who were blind, regain their sight through Christ; those who were deaf, have by virtue of their faith, their hearing restored; those who died in Christ are raised by Him. 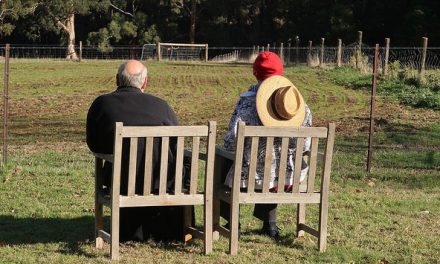 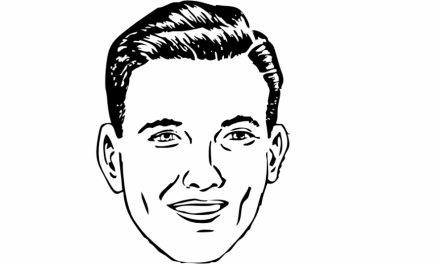 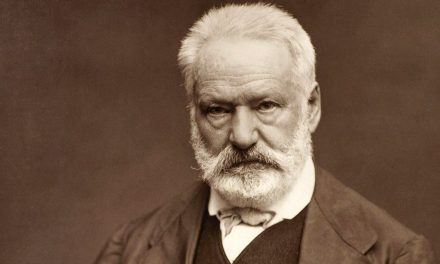