Easter Message of His Beatitude Sviatoslav 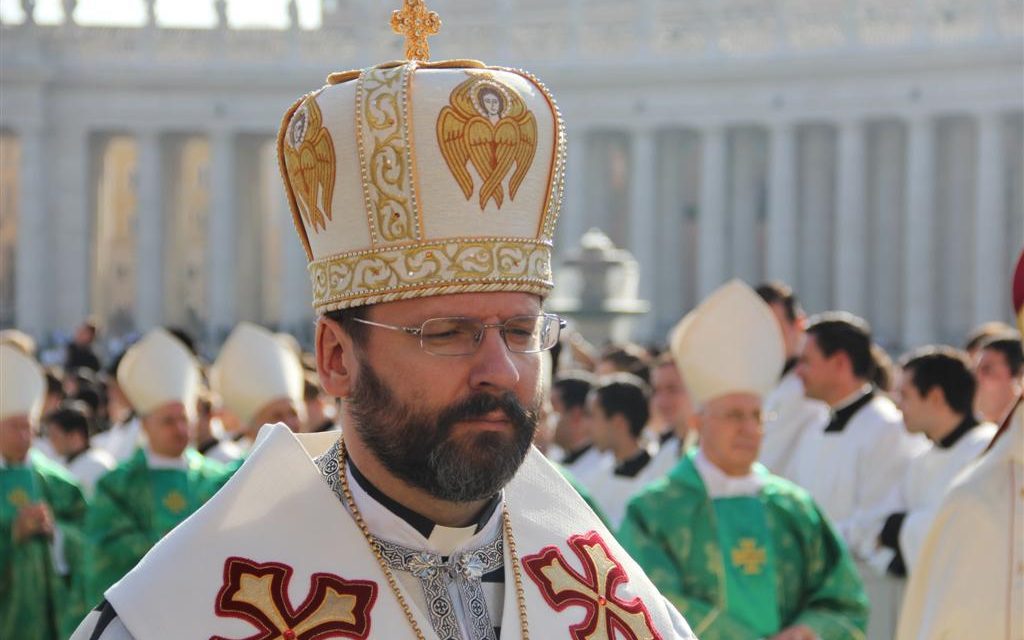 Most Reverend Archbishops and Bishops,
Very Reverend and Reverend Fathers,
Venerable Brothers and Sisters, Dearly Beloved in Christ
of the Ukrainian Greek-Catholic Church

The first-born male from the virginal womb – Christ,

who, as a man, has been called Lamb

and unblemished, not having the stain of sin.

He is our Pasch and, as true God, is called perfect.

Once again we gather in Ukraine and throughout the world to greet one another on the glorious feast of our Lord’s Resurrection: “Christ is risen!” This joyful greeting for us Christians is the beginning and end of our preaching, the core of our faith, the foundation of our hope, and fulfillment of our love. Although this is already the third time that we celebrate Christ’s Pasch in the context of a new way of the cross for the Ukrainian people—war and cruelty by the forces of evil—time and again this feast renews us in the joy and hope of God’s children, assured of God’s victory over diabolical treachery, mendacity, and malice.

The first-born male from the virginal womb – Christ, who, as a man, has been called Lamb

How mysterious is the depth of divine mercy to humankind! Our Lord “did not utterly turn away from His creature, which He made, nor did He forget the work of His hands” (see Anaphora of St. Basil the Great). At a critical moment in human history the Eternal God, Creator of the Universe, quietly, without great fanfare, entered into human history in an unheard of and unexpected manner. The Only-begotten Son of God became the first-born of the Virgin from Nazareth so that, as the only Holy and Pure One, without the stain of sin, He might offer Himself as a sacrifice for our salvation.

Does God truly require human sacrifice? Certainly not! It is we, created in the image and likeness of God, who need to offer our life to God, order our life according to His commandments, and acknowledge before God that everything we are belongs to Him. The only One who was capable of offering such a perfect sacrifice to God the Father was the God-man, Jesus Christ, the Immaculate Lamb, who, even though He was Innocent, offered Himself to God on behalf of all humankind, and thus opened for us the path to eternal life by His resurrection from the dead.

He is our Pascha and, as true God, is called perfect.

The Pasch-Passover of the Old Testament remembers a remarkable event, when the Almighty Lord liberated His chosen people from Egyptian bondage, and the angel of death “bypassed” every home, which was marked on its doorpost by the blood of the paschal lamb. That is, in fact, the first meaning of the Hebrew word for the feast, pesach,which conveys the image of divine punishment “passing over,” or “passing by.” Thus, when we sing that Christ is “our Pasch,” we magnify the One, through whom we have been given the possibility to avoid the consequences of our sins, provided we make a determined decision to leave the captivity of sin and passions, repent and follow His Gospel. For He has saved us by His own blood! “Know that you were ransomed from the futile ways inherited from your forefathers, not with perishable things such as silver or gold, but with the precious blood of Christ, like that of a lamb without blemish or spot. He was foreknown before the foundation of the world but was made manifest in the last times for the sake of you” (1 Peter 1:18-20).

Not all are able to receive this message of salvation. To speak of the Christ-Lamb, crucified on the cross, in today’s world seems as problematic as it was in the times of the earliest Christians. This was St. Paul’s understanding when he wrote: “For the word of the cross is folly to those who are perishing, but to us who are being saved it is the power of God. For it is written, ‘I will destroy the wisdom of the wise, and the discernment of the discerning I will thwart’” (1 Corinthians 1:18-19). Even though Christ’s Gospel is being preached now for almost two thousand years, often it seems that the world, even one that calls itself “Christian,” still understands only the language of riches, affluence, power, weaponry, and might. Manifestations of the folly of the mighty of this world never disappear from the arena of history. They take on different forms: empires, reichs, unions, federations, led by individuals, who propose themselves instead of God, and impose on others their own depravation as a measure of truth.

However, in every generation there will also be those, who understand God’s ways, know how to be gentle lambs of God in the history of their people, who follow God’s gentleness, humility, meekness, spirit of sacrifice, who understand that not only do crosses and suffering pass, but that without them there is no resurrection. In our circumstances among such individuals are thousands of the best sons and daughters of our people, who sacrifice their lives for our freedom and independence. Precisely in the Risen Christ, our Unblemished Lamb, we come to understand the paschal value of their pure sacrifice, which leads us out of the house of captivity, the meaning of Ukraine’s suffering at the start of the new millennium.

Most often, it is in weakness and infirmity that God’s power and God’s wisdom is revealed. What is important is not to allow oneself to be tempted, or deceived, or discouraged in our fight, for that, against which we struggle, is merely a manifestation of the unclean spirit, who shakes, falls to the ground, foams at the mouth and convulses, for it knows that by the blood of the unblemished Paschal Lamb its end is near (see Mark 9:17-27). The Risen Christ, who through suffering and death carries us over to resurrection and eternal life, comes to us today showing us the wounds on His glorified body. As then he spoke to his frightened apostles, so today he says to us, his disciples: “Why are you troubled, and why do doubts arise in your hearts?” (Luke 24:38).

How much have we already experienced the “impossible” made possible for those, who firmly kept their faith in the Risen Lord! Seventy years ago the evil one decided once again to crucify our people and drag our Church into the grave. However, to the surprise of the entire world, she rose and became stronger than at any time in her history. At the Lviv pseudo-sobor of 1946 the enemy attempted to forcibly separate us from unity with the successor to the apostle Peter. Today we are living witness to how the blood of the martyrs and confessors of our Church has forever sealed this Catholic unity and become a force of resilience and resurrection for Ukraine, a force for the unity of its people, and a catalyst for social renewal. Indeed, through such a witnessing of faith in the resurrection an authentic unification of the Churches of Ukraine is possible, a restoration of the unity of the Churches of Kyivan Christianity, which we have received as an inheritance from Prince Volodymyr, equal-to-the-apostles.

Beloved in Christ! The Risen Lord calls us to perfection. Indeed, He Himself is the only source of every perfection—our Saviour, who completes and makes precious and lasting the fruit of our efforts. If we are still far from perfection, if our state is not yet that of which we dream, we do not have reason to abandon our effort: to build, live and struggle for God and Ukraine, for Christ is our Pasch.

I greet all of you with today’s feast, or rather, with Christ’s spiritual victory this day over the power of the enemy and the realm of evil. Once again to all of you, in Ukraine and throughout the world, I send my heartfelt festive greeting, and sincerely wish you the blessings of the Resurrection of our Lord, a tasty sharing of our traditional blessed egg, and a Paschal joy that is full of light.

The grace of our Risen Lord Jesus Christ, the love of God the Father, and the communion of the Holy Spirit be with you all.

Christ is risen! – Truly, He is risen!

Given in Kyiv
at the Patriarchal Cathedral of the Resurrection of Christ,
March 20, 2016 A.D. 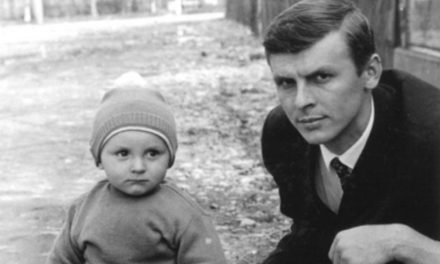 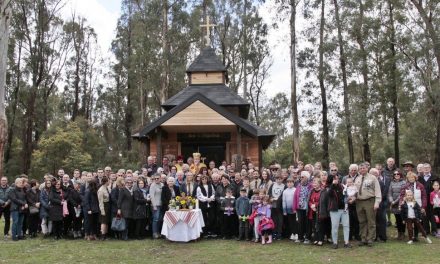 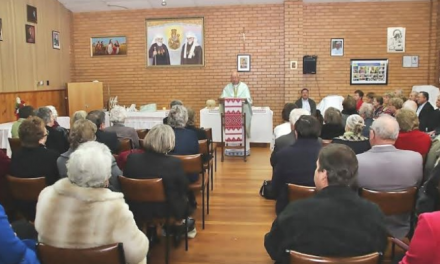 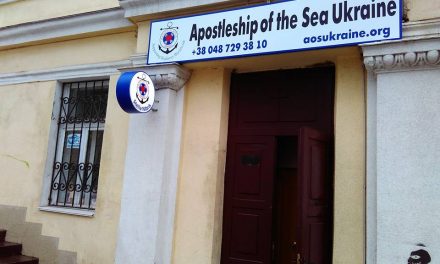