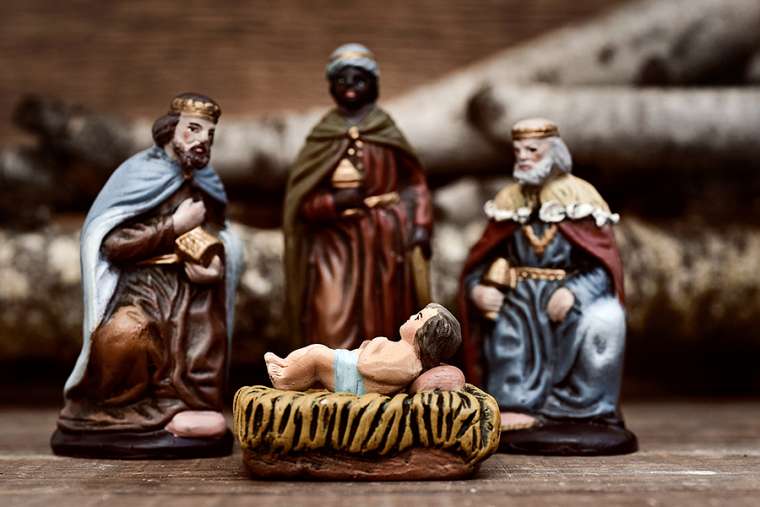 Attributed to Socrates is the maxim that: “The only true wisdom is in knowing you know nothing.” In my experience I have found that I have learnt the most, when I have had a sudden realization after an event, or after I have read something, that I am in fact, ignorant. The Oxford English Dictionary defines, “Any sudden and important manifestation or realization”, as a person having received ‘an epiphany’. This is one story of my eyes being opened.

Nearly a decade ago my Uncle George (Yuri) passed away. Uncle George had had a very hard childhood to say the least. Having just entered his teens, he was forcibly taken by the German occupying forces of Ukraine to work as slave labour for Albert Speer’s production plan in Germany. Thus overnight he went from being a boy in a large family in his homeland, to being a single man in a foreign land. He would, post-War come to Australia, marry my father’s youngest sister, Lidia, become father of two children and work at the Peter’s Ice Cream company, as a delivery driver in Perth. He sent both of his children to the best Catholic Schools he could afford. Uncle George would attend the Ukrainian Catholic Church of St. John the Baptist in Maylands, and in doing so, be included as one of the Church’s pioneers. Each Sunday, my Uncle would sit beside me in Church. On the rare time he would come to the Liturgy when I was singing in English, he would wave at me and my son, as he went to Holy Communion. I have so many good memories of my Uncle. Uncle George was a man of very few words – a shy man. What few words he said – he meant. Both Uncle George and myself loved the Ukrainian Church and culture – we also loved sport. Uncle George, like many men of his generation, smoked. Without doubt this contributed to his increasingly poor health and difficulty in breathing. His death saddened me greatly. I recall once in my teenage years thinking that I would attend the Latin Church and not the Ukrainian Church. The Latin Church seemed to be filled with educated and upwardly mobile people. I aspired to be such as these. But as I was thinking like this, after Holy Eucharist, I looked to my left and there was my Uncle George on his knees; eyes closed, whispering his prayers, with child-like devotion. His praying hands were so scarred and injured from his boyhood years of ‘labour’. Then wisdom came to me. What better place to pray in, then in a Church filled with ‘child-like’ devotion, and simplicity of heart. I never questioned my place in my Church, after this Epiphany. Everywhere I looked around were the faces of pioneers – people who had suffered and sacrificed so much for their Church, and my Church.

A little while after Uncle George died, I received a package from my Aunt Lidia. I opened the package to see an embroidered Ukrainian man’s shirt on top. These shirts, vyshavanka, are so important to the national life of Ukraine. They speak so much about the identity of the individual wearing them. Vyshavanka, their patterns and their colours hold a similar place to Ukrainians as tartan does to the Scot, with the additional distinction that geometric and Christian symbolic patterns in the embroidery tell a deeper story. The designs tell a cultural-historical journey from early pagan elements through to blossoming Christianity. Forgive me reader, and my foolishness and ignorance, but I could not bear looking at the vyshavanka, when I opened the parcel, as it increased my sense of loss. I took the vyshavanka package, and placed it into a sealed tub; a safe place, so as to be preserved for when the time came that I could look at it, with fond memory and not deep sorrow. The package lay – for near a decade. I had never forgotten it, but in my heart, I wished Uncle George was with me still. Yet recently my wife Kathy opened the tub, and asked whether I wanted to go through the contents. I told her that I did. For the first time I opened the parcel up fully. What I had not understood, because I had stopped at the embroidered shirt, was that my Uncle George, and Aunt Lidia, had left me a treasure. You see dear reader, my grief had blinded me. Uncle George had left for me – not his vyshavanka shirt, but a brand new shirt, that had never been worn; fitted to my size. It was exquisite. But more than that, as I went through the entire parcel, I began to fathom how much he had thought about and loved me. As I went through the package, I did not cry – I smiled and was happy. Inside the parcel were five sheets of linen – all embroidered, each sheet with the embroidery for five more vyshavanka shirts – the centre pieces, the collars and the cuffs, all sewn, all ready to be attached to fresh shirts. Everything was new. Uncle George and Aunt Lidia, had left me something to continue my life with – and also that of the lives of my son and daughter, and their children. He had such rich foresight. Whereas I had thought only of his death – he had thought beyond this – with immense wisdom. As I went deeper into the parcel – everything was new. In the parcel were many Rushnyk, for my icons, for my home. In Uncle George’s dying, he had provided life for the future. He had left me the scope to grow, in my identity and also that of my descendants. If I had only woken up from my stupor. I was too fixated on the loss, to note any gain from this. I sat in my garden at home smiling at my Uncle’s wisdom. My Uncle would truly live on – but live on, in part, through his memory living in me and my children. What was contained in that parcel was a powerful gift. It was one of the greatest gifts I have ever received. For years, my ignorance had blinded me from full realization

So grandparents and parents, I want to address you for a moment. Be careful what you leave behind as your legacy in this life. What you leave has to be life-giving. I cannot say that my Uncle George was well-educated, he never had the opportunity in the era, and circumstance, he had found himself in; but he cared, and was a very good man. He was a man of Faith. He never spoke an ill-word to me, ever. If he was making a delivery, he would call in; or if he saw me as a child in a shop – he would immediately walk up, and greet me, ask how I was, and how the family were. He knew his nephew well enough to know that I would value the legacy that he left me. It expressed the core which bound us together, as Uncle and Nephew. What he would not have known was that it would take me so long to go through his parcel to me. Uncle George, left me seeds to build a home, with elements of continued Ukrainian identity. The gift that I was given resonated and contained so much of what I consider most valuable, in this world: God, Church, family, culture, beauty, and wisdom. Nothing that I could purchase for any amount of money and in any store, could compete. Uncle George and Aunt Lidia, also knew only too well, that their nephew would perceive this gift as such, would value their gift.

St. John Chrysostom adds about the legacy of grandparents and parents to the generations that follow, in words written centuries ago. Chrysostom spoke:

“ We have been given an important security—children. Therefore we shall take care of them, and take every precaution that the evil one may not steal them from us. Meanwhile, we do everything backward. We make every effort to ensure that our fields be in good hands. We seek out the most experienced mule drivers and overseers, but we take no such precautions for what is the most precious to us and through which all other good things come, namely, that we might entrust our son to a man that would preserve his chastity. We take care to provide him with property, but take no care for him himself. Do you see what insanity has taken control of us! First of all educate your son’s soul, and he will acquire possessions later. If his soul is bad he will not receive the slightest benefit from money. And vice versa, if he has been given the proper upbringing, then poverty will not harm him in the least. Do you want to leave him wealthy? Teach him to be good. For children who have not received the proper upbringing poverty is better than wealth; it will keep them even against their will within the bounds of virtue. However, wealth, even for one who does not wish it, does not allow one to live a chaste life, but lures him into a countless multitude of crimes. 38. You, mothers, look after your daughters. This should not be difficult for you. Watch that they sit at home. First of all teach them to be pious, modest, disdaining money, and not worrying too much about fancy dress. Give them thus to marriage. If you raise your daughter this way, you will save not only her, but the husband who takes her; and not only her husband, but the children; and not only the children, but the grandchildren. If the root is good the branches will spread out more beautifully, and you will receive your reward for this. Therefore let us do everything as though we are caring for the good not of one soul alone, but of many through the one. For at the time of marriage, they (daughters) should go forth from their fathers houses as fighters from the place of competition; that is, they should know precisely the entire science, by which they might, like a leaven, raise all the ingredients to the increase of them. 39. Again, sons should also be so modest that they might be recognized by their good morals and chastity, and might earn great praise from men and from God. Let them learn to refrain themselves from extravagant possessions, to be thrifty and tenderly loving; let them learn to submit to authority. For they can in this way obtain a great reward for their parents. Then everything will be directed towards the glory of God and our salvation in Christ Jesus our Lord, to Whom with the Father and Holy Spirit be glory, dominion and honor now and ever and to the ages of ages. Amen.”

As we celebrate the Feast of the Epiphany, let us be aware of how God speaks to us, year after year, calling for us to open our hearts as I opened the parcel, to unpack his message, so that we can change how we see our lives; to use whatever future to grow into the fullness of our being – to leave the manger as the Magi, with eyes opened and hearts changed. 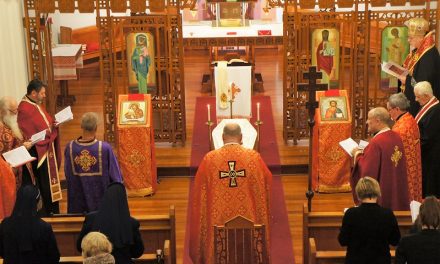