In his collection of essays, Priest and Layman, published at the dawn of the Second Vatican Council in 1962, the French Dominican theologian, Yves Congar (1904 – 1995), on analyzing personal experiences with brother priests, wrote: “some priests accept the idea that with the ‘bad’, whom they know, nothing can be done, and one sometimes hears expressions like these: ‘Ha! Do you think I’ll go to see them?’ (or, ‘be the first to greet them?’). ‘If they want religion, let them come! But if they don’t … leave them! They’re just scum, good for nothing … You’re wasting your time!’

Or again, in a certain parish, the children of the State school are strictly separated, and at Mass and catechism and the First Communion, are seated on benches apart, and placed behind the children of the church school. When a man says or does things like those I have quoted, he is very near to considering the administration and protection of the ‘good’, to the exclusion of the bad, as the object of his pastoral work. Head of the people of the ‘good’ he no longer acts as a pastor at all. Our ecclesiastical mania for classifying people into good or bad sterilizes our apostolate. And so one sees priests, excellent administrators of their parishes, really losing their apostolic zeal. They bestow great care on the maintenance of their church, their school; they faithfully administer the sacraments and teach doctrine clearly, which is all excellent; but without any real concern, they neglect all that part of their flock which needs evangelizing. Sometimes they don’t even pay sick visits, however elementary, among the world of the ‘bad’. When one thinks of the pastoral parables in the Gospel, especially of the lost sheep, one shudders to imagine the result. Nowadays the proportion of the faithful sheep and the lost would rather be reversed. It is not one per cent., but rather ninety-nine, who must be sought outside the sheepfold. But whereas the evangelizing shepherd leaves the ninety-nine faithful sheep in order to seek for the hundreth which is lost, don’t we sometimes stay with the faithful, at the risk of letting the others be lost?” (Congar, 1962, pp. 191 – 192). Congar’s critical comments came shortly after a rider that those who read his essay must understand the enormous esteem he held for the priesthood, and those, the vast majority of priests, who are living out their vocation in an exemplary manner.

Yet Congar’s analysis points to a real problem that exists not only within the Catholic Church, but in any Christian community wherein a toxic blend of hubris and self-righteousness, begins to undermine the Gospel message, that Christ came not to stroke the ego of the saintly, but to lead the sinner to salvation. (cf. Luke 5: 32) The danger exists in the human soul, that after we believe we have saved ourselves, or been divinely saved, that we turn our gaze on others who we perceive to be not as good as us, and by so doing leave behind the stark humility of the publican, for the self-congratulation of the Pharisee. (cf. Luke 18: 9 – 14).  Whereas such a spiritual defect is something we all must eschew, this ailment is especially problematic, when an institution or those who comprise the ordained ministry of a religious institution fail to evangelize or seek out the lost. If the limit of our plan of evangelization is confined to the walls of our church, and those ‘saved’ who fill the pews on the Sabbath; then we indeed have a crisis of identity, a crisis that Congar so vividly and perceptively pointed toward over half a century ago. It is all well and good to preach to the converted, to enjoy cups of tea with those who slap your back and shake your hand after a Sunday Liturgy for a homily well done; but, if we are to believe that less than ten per cent of all Catholics regularly attend the Sunday Divine Liturgy – what are we doing as a Church to be authentic to the Gospel message of seeking out the lost? There is a marvelous and quite ironic contrast between the first Christians proclaiming on street corners and the contemporary and very ‘prim and proper’ spreading of the Gospel to the elect in our parishes.

St. Matthew’s Gospel begins with the beautiful story of Joseph receiving from an angel words of comfort that his betrothed has conceived not by the hand of man, but by the will of God: “Now all this took place to fulfil what the Lord had spoken through the prophet: Look! The virgin is with child and will give birth to a son whom they will call Immanuel, a name which means ‘God-is-with-us’”. (Matthew 1: 22 – 23, NJB)

God-is-with-us. How many times have we read this passage or heard this phrase proclaimed or preached? Probably so many times that we have become numbed to its rich beauty and message of hope and consolation. In the word, ‘Immanuel’ is contained so much. For what does it means for God to be with us? It means that the Creator of everything that exists, both visible and invisible, loves to the point at which he becomes Incarnate and takes on our condition. The God who knew no hunger or knew no thirst, or no cold – became a man, and was thirsty, and hungry and cold. The God who is immortal, chose death and suffering in order to purchase for us an eternal life. All this is encapsulated in the word – ‘Immanuel’. Indeed Yves Congar became acutely aware of the need for a priest to emulate the notion of God-is-with-us, after he became a prisoner of war, and lived and slept with his ‘parishoners’ in their squalid, confined cells; cells which became his Church. As a Church we must seek to live out the fullness of this name, Immanuel, searching to understand how people live and die in the modern world – genuinely longing to know what are their anxieties, frustrations and difficulties – and letting them see, that we will share their pain, as well as share their meal.

The Church ceases to be vital and becomes a quaint reminder of times gone by, when it fails to act on Its mission, a mission that Christ, the Immanuel, directed from His very mouth to us: “’Go, therefore, make disciples of all nations; baptize them in the name of the Father and of the Son and of the Holy Spirit, and teach them to observe all the commands I gave you’”. (Matthew 28: 19 – 20, NJB). For Christ taught, yes by words – but more powerfully by his actions; by His living and being immersed in the life of His disciples. Christ shone as a witness of Goodness and Hope, among the most profane and sinful of men. He sought to be with them, in the very marrow of their everyday and mundane lives, revealing that God is only too ready to reach down to the darkest corners of humanity, in order to grasp a willing hand, and restore a fallen individual to their original glory. For as Congar writes, as to the true nature of priesthood: “… Cardinal Suhard said in the sermon at his jubilee on 5th December, 1948: ‘To save Paris means first of all to save the souls of its inhabitants. But it means also to save the city, to take it in charge as it is, with its past, its future, and the complex problems of its present. If I pass these by, if I have no concern for them, I am neglecting half my mission, for from the moment that they present themselves in my territory, its problems become themselves my diocesan subjects’”. (Congar, 1962, p. 220).

The God that was with us when the angel declared as such to Joseph, is still with us today – in our every breathing moment. What the Church desperately needs to fulfill its mission are priests willing and energetic enough to meet God where His fallen flock are, and from this vantage point – help restore them to Him. For God most assuredly will judge us, for not only what we have done – but what we have failed to do – and will hold us to account for expending energy seeking the found, while feigning that we cannot find the lost. 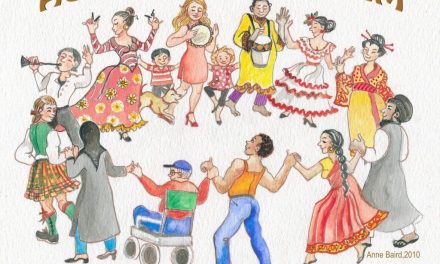 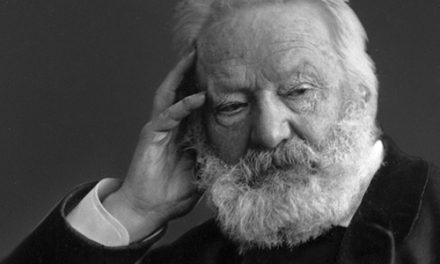