Christ Our Pascha – Catechism UGCC: The Nativity of Christ 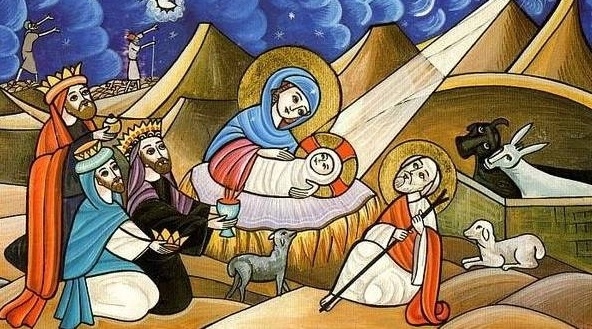 For us men and for our salvation he came down from heaven: by the power of the Holy Spirit

he was born of the Virgin Mary, and became man.

The Church celebrates the coming of the Son of God into the world with the feast of the Nativity of Christ. The birth of Christ is announced to the shepherds by the angel of the Lord: “To you is born this day in the city of David a Saviour, who is the Christ, the Lord ” (Lk 2:11, rsv-ce). The Fathers of the Church extolled Christmas night as a day of joy and peace:

Today the Bountiful One became poor for our sake… Today we receive a gift for which we did not ask… This present day threw open the heavenly door to our prayers… Now the Divine Being took upon himself the seal of humanity, in order for humanity to be decorated by the seal of Divinity

According to the liturgical texts, the birth of the Child “from a mother without a father” is the fulfilment of the prophecy of Daniel about the rock hewn from the mountain without human hands (see Dn2:45). In the Incarnation, the Son of God “came from the bosom of the Father, and in his ineffable self-emptying he took on our lowly state.”

Through the most holy Mother of God, he became what he had not been before – a human. The Church sings of the Mother of God thus: “The bright and spiritual cloud, filled with heavenly rain, today rises above the earth, in order to drop dew upon it and to water it.”

At the birth of Jesus, “the spring of grace… overcomes the winter of unbelief.” The Nativity is a harbinger of Pascha. The manger is understood to be a sign of the Lord’s tomb, and the placing of the Child in the manger is a prefiguration of the placing of Christ in the tomb. The myrrh, brought by the magi, is already an anointing for the future burial.

As we sing in the divine services of the feast of the Nativity of Christ, God the Word, in the Incarnation, deigned to limit himself in time – “The beginningless Word mysteriously accepts a beginning”- and in space –

“The Uncontainable is contained by flesh.” Christ accepted the humility of childhood to counterbalance Adam’s choice of self-exaltation. When the Virgin received in her womb the Word of God, her womb became a noetic paradise [noetic, from the Greek nous, meaning mind or intellect]. Her womb was thus a place of encounter between God and humanity. The ewe-lamb carried the great Shepherd in her womb; and then in the cave, Christ – the Tree of Life – blossomed from the Virgin. The wall of partition separating humanity from God and earth from heaven is now removed. Heaven announces this to the earth through “the voice of the star” and “the starry host” – the angels. The stable itself becomes a royal palace, and the manger a royal throne. Jesus is bound in swaddling clothes in order to unbind humanity from the chains of sin. Although it had been fallen, the royal image of humanity is now being renewed to its fullness in the Resurrection.

Jesus is bound in swaddling clothes in order to unbind humanity from the chains of sin. Although it had been fallen, the royal image of humanity is now being renewed to its fullness in the Resurrection.

Fulfilling the decree of the Roman Emperor that all people in the empire be enrolled, Joseph, who was of the line of David, sets out with Mary to Bethlehem, the home town of King David, to be recorded in the census rolls. There, in a cave in Bethlehem of Judea, Mary gave birth to the Child (see Lk 2:1). Fulfilled are the words of the prophet Micah about the Messiah, the son of David who shall come forth from Bethlehem (see Mi 5:2). Obedient to the word spoken by the angel of the Lord, Joseph names the Child Jesus, which means God saves , “for he will save his people from their sins” (Mt 1:21). The shepherds come to the newborn Child (see Lk 2:15-18), and Magi from the East also arrive (see Mt 2:1-11). The fact that the magi – representatives of all humanity – worship Christ, points to the universal character of salvation. In the Son of God, God the Father offers salvation to all the nations of the earth.

Creation joyfully welcomes God in the flesh, bearing gifts for the newborn Child: angels – their song; the heavens – a star; the magi – gold, frankincense, and myrrh; the shepherds – their wonder; the earth – a cave; the deserted place – a manger; humankind – the Virgin Mother. The mystery of the Nativity, namely God’s entry into human history, continues to this day: “Today has God come upon earth, and the human race gone up to heaven.”

Every home becomes a Bethlehem of the family: the table symbolizes the manger; straw is placed under the tablecloth, and upon the tablecloth are placed the prosphora (Communion bread), a symbol of the Child Jesus.

In our Church’s tradition, the Eve of the Nativity feast, also called Holy Eve (in Ukrainian, Sviat vechir), is honoured with particular solemnity. Every home becomes a Bethlehem of the family: the table symbolizes the manger; straw is placed under the tablecloth, and upon the tablecloth are placed the prosphora (Communion bread), a symbol of the Child Jesus. A lit candle is placed next to the prosphora to symbolize the star of Bethlehem. With a meatless supper, the family gathers around the table to prayerfully honour the incarnate Son of God. Christmas carols are sung by the faithful. In hospitality, homes open their doors to everyone who celebrates the Nativity of Christ. The high point of the celebration of the Nativity feast is the solemn divine service, for which all parishioners gather. The Eucharistic Supper at the Divine Liturgy crowns the family supper. 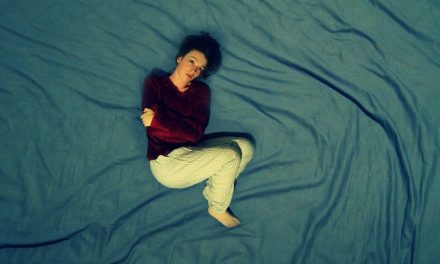 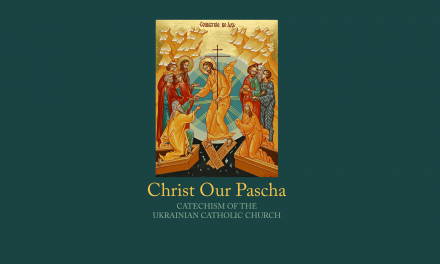 The Catechism of the UGCC now available online 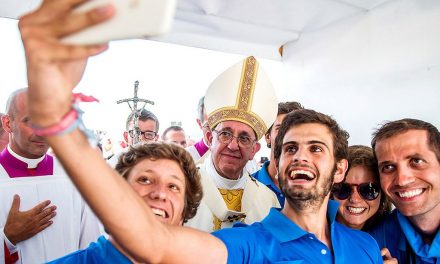 Bishop Peter: Listen to what is being said