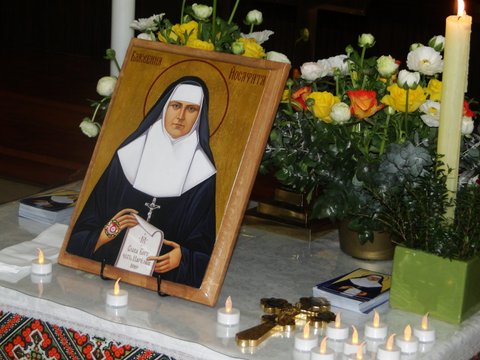 Sr. Pat, Provincial Superior of the SSMI, and Sr. Darlene from Canada have arrived in the Eparchy with the icon and relics of the Blessed Josaphata Hordashevska, the foundress of the biggest Ukrainian religious congregation in the church.

She was born in 1869 and died in 1919. Her gift to the church was that her order works with the poor and abandoned. They went to Canada in 1902 when no-one else wanted to go to work with our immigrants there. In 1911 she sent sisters to Brazil where they transformed the church. There are hundreds of sisters in South America today.

Sr. Josaphata was proclaimed a Blessed by St John Paul II in Lviv in 2001.She has been called the “Mother Theresa of the Ukrainian Church”. Many miracles today are attributed to her intercession.

Australia has two Sister Servants and they have two vocations from Australia.

Perhaps the most known Sister Servant in the church today is Sr. Luiza SSMI who is known as the “Mother of Catechetics” in the Ukrainian Church. She has worked tirelessly for about 20 years to introduce Religious Education into the post-Soviet Ukraine and to every place our people have recently migrated to.

The icon has already had a tremendous reception in Perth and Melbourne at the recent Praznyk. There will be another Prayer service at the Cathedral with a Moleben on Tuesday, 14th July and also Ardeer at 9:00 a.m. on Thursday, 16th July, Kalyna Care at 11:00 a.m. on 16th July, Geelong at 5:00 p.m. on 16th July, and on Saturday, 18th July, at the Ukrainian School. At the end of the month the icon will travel to New Zealand.

Many miracles both large and small haven attributed to the prayers of our newest saint. 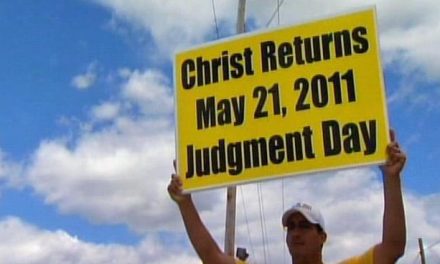