Bishop Peter: Who are the Ukrainian Redemptorists? 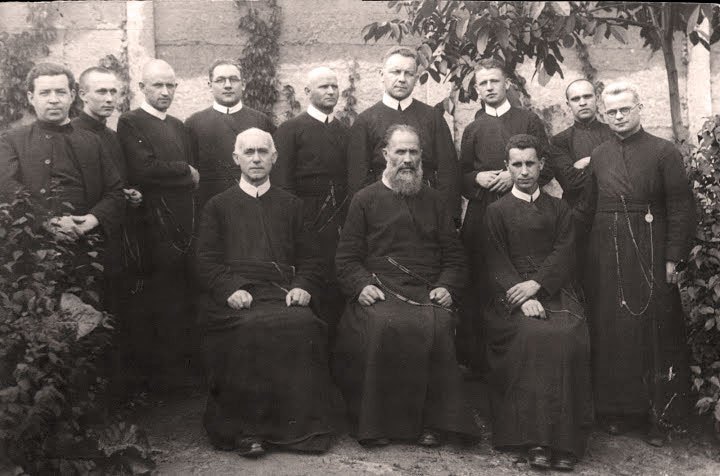 The Ukrainian Eparchy in Australia has known a lot of Ukrainian Redemptorists. They have made a significant contribution to our Eparchy especially in Eastern Australia. Fr Nicholas Kopiakiwsky and Fr  Frans Van den Bosch arrived on March 1950 in Sydney.

Fr John Bowden, an Australian, began his work in the Eparchy on July 7, 1956. Fr Stephan Maslo arrived in 1955, Fr Volodymr Krayevsky in 1968. Fr Kevin Carrol, also an Australian, worked for a long time with us.

Many Redemptorists missionaries came on a temporary basis to preach parish missions.

Then there are the two Redemptorist bishops, myself and the newly appointed Mykola Bychok. All are Redemptorists: but who are these priests? They are members of an international religious order which was founded in 1732 by St Alphonsus Liguori in Naples, Italy. They are missionaries who are made up of priests and religious brothers who today serve in over 100 countries around the world. They have a particular devotion to Our Mother of Perpetual Help. They have many saints and blesseds in their congregation. They are especially known for working with the poor, the abandoned and others who are searching for God. They are particularly known for their “missions”.

The story of the Ukrainian Redemptorists is interesting. Their origin is almost like “the will of God”.

Over 120 years ago, there was a massive immigration from Eastern Europe to North America. Ukrainians came in huge numbers to Canada and the United States of America. Western Canada had a severe shortage of priests. Archbishop Langevin, the then Archbishop of Winnipeg, appealed to Rome and the Latin Rite Redemptorists of Belgium for help. On 14th September 1899, Fr Archille Delaere arrived in Canada, after being shipwrecked in Newfoundland. It soon became obvious to him that Ukrainians badly needed priests because they had none. Ukrainians, however, did not receive the Latin Rite priests who tried to minister to them without success. Metropolitan Andrei Sheptytsky got involved and recommended that the Redemptorists open a mission in Yorkton, Saskatchewan, Canada. Still there were problems. On March 9,1906, Pope Pius X gave permission to Fr Delaere to change to the Ukrainian Rite, and, prohibited him from doing anything in the Latin Rite. Soon more priests arrived from Belgium, joined the Ukrainian Church and built a monastery in Yorkton. Metropolitan Andrei Sheptytsky came to Canada and was amazed with the work of the Redemptorists in Western Canada. He returned to Rome and asked for these Belgian Redemptorists to come to see him in Ukraine. In 1912, Fr Dalaere and others visited Lviv for discussions. In 1913 Metropolitan Andrei formally petitioned Rome to allow the Redemptorists to do mission work in Ukraine. The Redemptorists formally approved the invitation. Belgium then started sending many priests and brothers to Canada and Ukraine.

The Redemptorists became more and more popular as many Ukrainians joined the Order both in Ukraine and Canada. It is interesting to witness the progression. From opposition from the early settlers in Canada to now witnessing the continued growth and good mission work by the order.

Fr Van den Bosch, my novice master, died in 1967. He was the last Belgium Redemptorist in the Ukrainian Redemptorist Province.

So who are these Ukrainian Redemptorists? Their history is known, but it’s best left to others to describe. Why are they so embedded into the Ukrainian Catholic Church that they are now part of the story. What elements of their Latin Rite past is still part of their character?

Fr Brian Kelty of Melbourne, reflecting on the Ukrainian Redemptorist story, made the following comments.

“What motivated these Redemptorist priests and brothers? Many of them who came from Belgium had to learn the Ukrainian Rite to celebrate the Divine Liturgy and the other sacraments such as Baptism, Holy Matrimony and Holy Anointing for the sick and dying. They had also to learn both the Ukrainian and Church Slavonic languages. They possessed the flexibility which enabled them to face great challenges and the adaptation necessary to become effective missionaries in Ukrainian Church.  They were undoubtedly inspired by the Redemptorist missionary spirit and an intention to serve the poorest people which the Ukrainians of the time certainly were. They responded to Metropolitan Sheptytsky’s call for priests who could serve in both Canada and Ukraine. They came from the Latin Church with organizational skills which they put to use in building and organizing parishes wherever they went.” 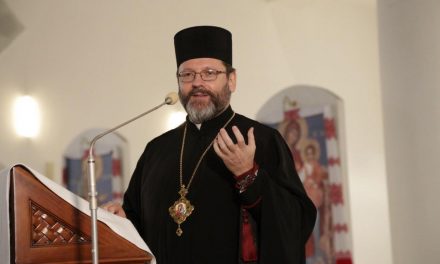 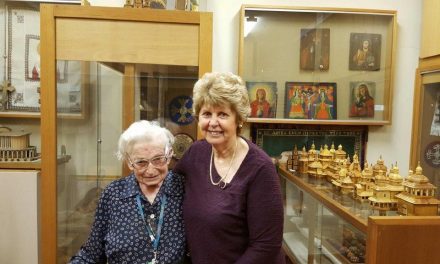 Was the Church wrong about “Humanae Vitae”?