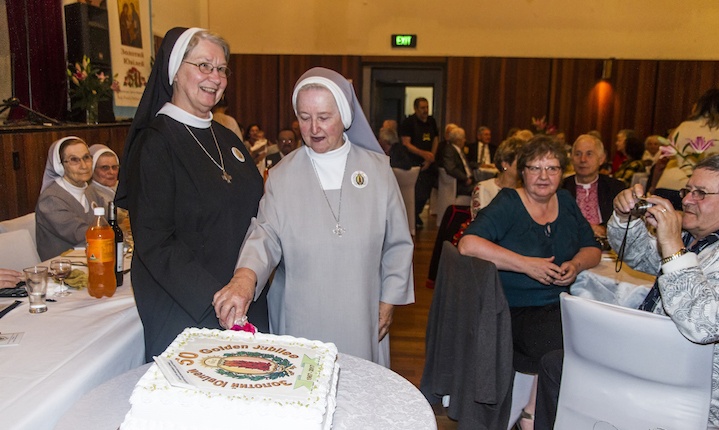 On Sunday, 19th February, 2017, the Victorian Ukrainian Catholic Church celebrated the 50th Anniversary of the missionary activities of the Basilian Sisters in Australia.

Four young sisters came to Australia in 1967 at the invitation of Bishop Ivan Prasko. They first settled in Sydney and then began their work within the community throughout all of Australia. 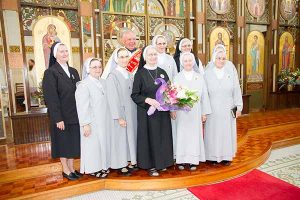 The four sisters, who arrived in Fremantle, Australia, on 21st March, 1967, were Sisters Maria, Anisia, Constantina, and Lucia. They have worked with the very youngest to the oldest members of the Australian Ukrainian Church. They, however, are best known for their work with children and youth. Where they have worked, all children in each parish have been prepared for the sacrament of Penance and First Solemn Holy Communion. Most parishioners in Australia today would have been through their thorough preparations. That is why on the 19th February the Cathedral Liturgy and the celebrations at the Essendon Hall were full to capacity. Many people when asked “Why did you come?” said “It’s because of the Sisters”. That in itself is quite a tribute.

The common theme of the celebrations was about prayer and service as being central to our faith and to the life of the church. Prayer for vocations, service in the church was emphasised by the speakers: Bishop Peter, Sr. Dia Stasiuk (General Superior of the Basilian Sister in the world) and Sr. Anisia. The representatives from various Ukrainian organizations thanked the sisters for the help they had received from them throughout the years. 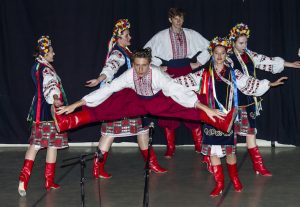 In his brief speech at the hall, Bishop Peter noted that the huge crowd was an indication of the appreciation that the Eparchy has for the presence of God in our midst and the part the sisters played in that. He went on to say that this was also a sign of the deep faith that is within our community. We can recognize God and appreciate His presence despite the fact that we have problems with our personal faith. We do believe that the church is our source of strength.

The Cathedral Choir opened and closed the day’s celebration. You can always tell when the audience is fully relaxed and happy. Long after the programme was finished, many people stayed to talk with the sisters, clergy, and friends. 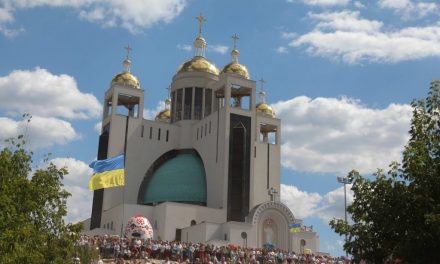 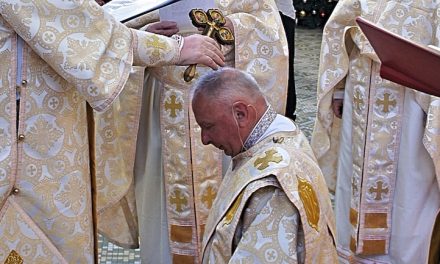